Stand-up noodle shops (‘tachigui-soba’) are a saviour for budget travellers to Japan. In the past they only kind of catered for salaried men in a hurry, but nowadays all kinds of customers happily eat fast, cheap and delicious at stand-up noodle shops.

Stand-up noodle shops are super fast, inexpensive and easy to order. That’s why it’s perfect for visitors who have little time and limited fund for lunch. For example, you could get simple soba (kake soba) for as cheap as 290 yen, while tempura soba is around 400 yen.

All you have to do is get a ticket at a vending machine in front of the shop and give it to chefs in the kitchen. They might ask if you would like “soba” or “udon”, but that’s pretty much all you would have to communicate before you get your meal in a matter of a minute. 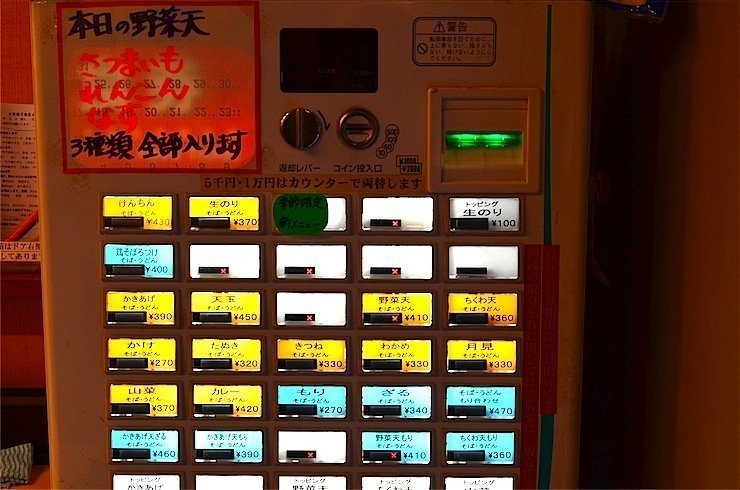 The problem is most of the vending machines are still in Japanese only. You can always turn to the point and ask approach as there are usually enough pictures of dishes to choose from.

They normally serve soba, udon and ramen as well as some donburi dishes such as oyakodon or tendon. Menu often includes sets of a main dish and a mini dish. For example, you could get a tempura soba with a mini tendon. 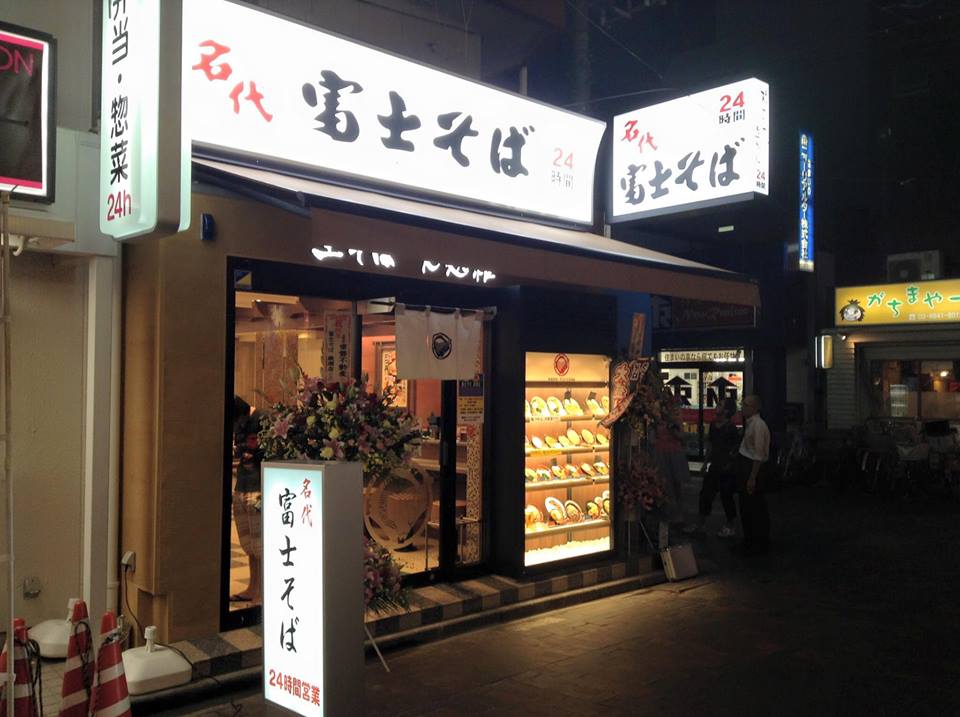 Oh yes, everyone in Kanto knows Fuji Soba. Fuji Soba was the first stand-up noodle shop to go franchise. The founder was actually an real estate agent, so Fuji Soba is usually located in a good location. They’ve opened up shops overseas including Taiwan and the Philippines. Recent years Fuji Soba began trying to attract families and women by having chairs in shops. 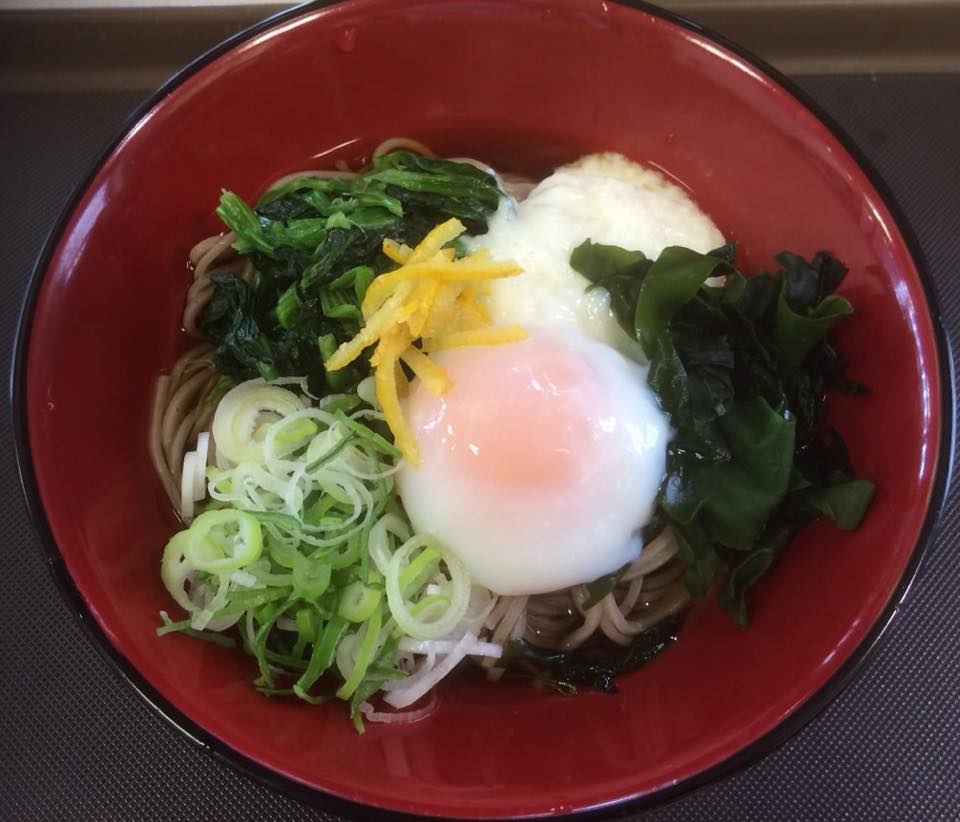 Although Fuji Soba is a franchise, each shop has its original menu as well as the standard menu. They are also open 24 hours and serves alcohol, too.

Yude Taro focuses on freshness. It is the only franchise stand-up noodle shop that produces noodles at their own shop. Soba flour is brought to each shop everyday where chefs make noodles by hand. Yet, the menu starts from 290 yen. Freshly made handmade soba for 290 yen is nothing short of a luxury. 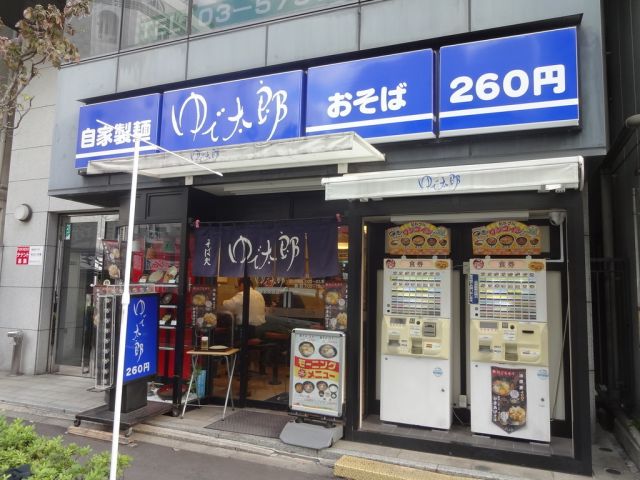 Just like Fuji Soba and Yude Taro, Komuro Soba are also fast and cheap. They provides tables and chairs to provide comfort to customers, becoming popular among women and families.

The recommended dish on the show was Kamo Nanban or duck noodles priced at 590 yen. Try Kamo Nanban when you have a chance to visit Komuro Soba. 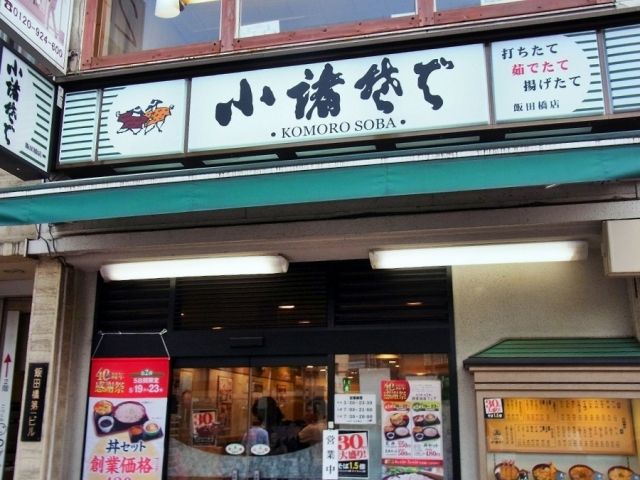 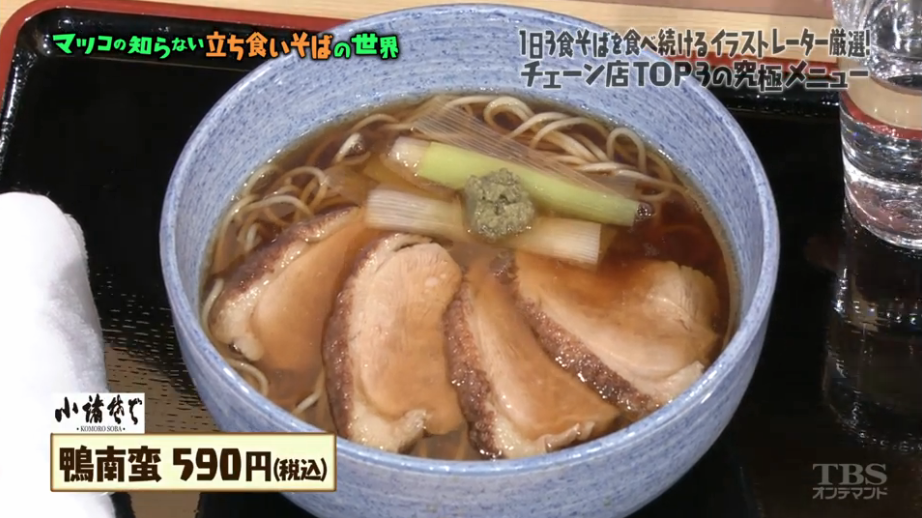 Stand-up noodle shops usually offer soba that is made with somewhere around 40 to 60% soba (buckwheat) flour and regular flour. Because soba flour is expensive, it is almost a miracle that 100% buckwheat soba is served at a stand-up noodle shop. Who serves such luxury? Sogaya does.

Simple zarusoba (cold noodles) and tempura set was recommended by the soba expert on the show. 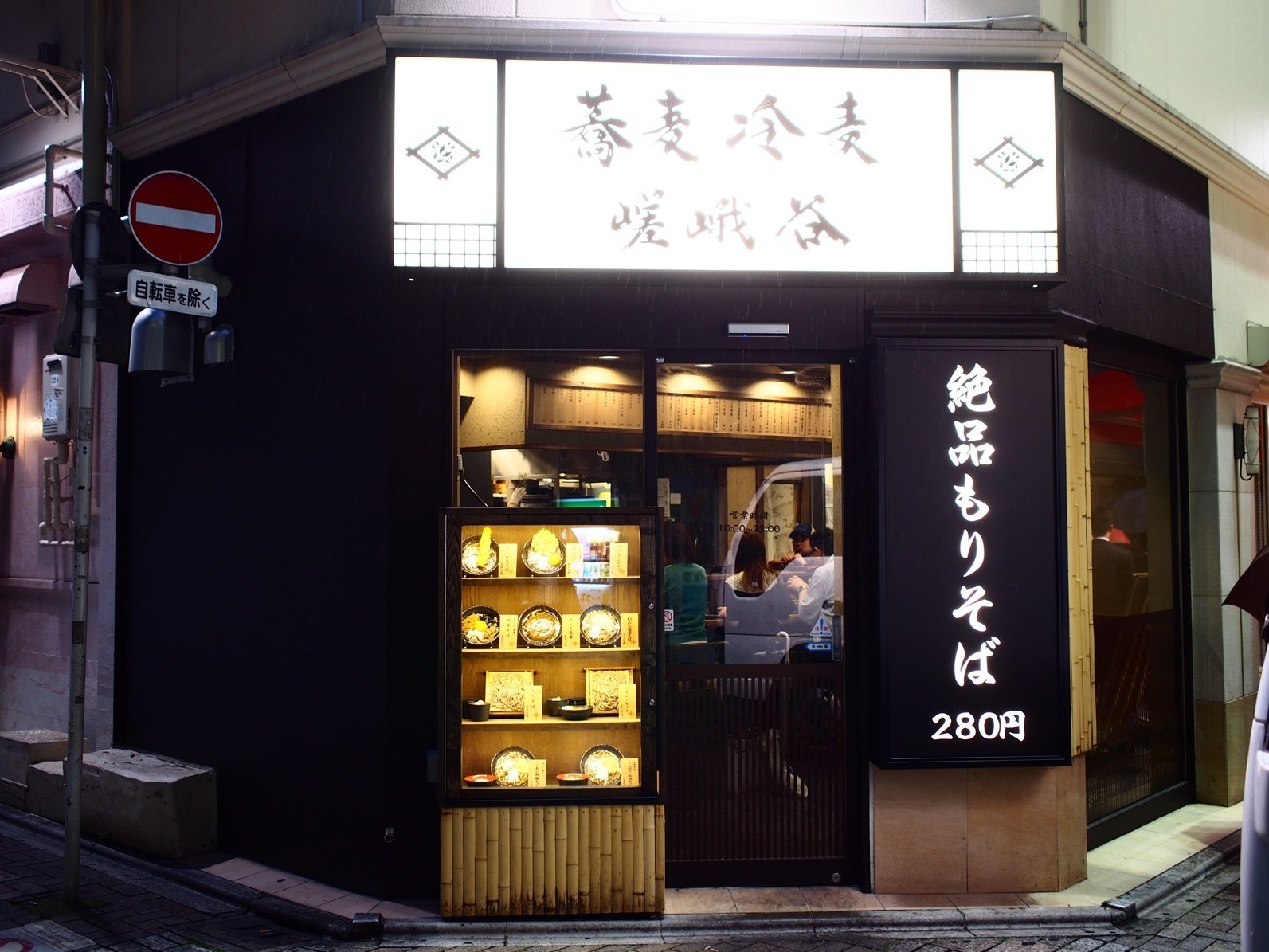 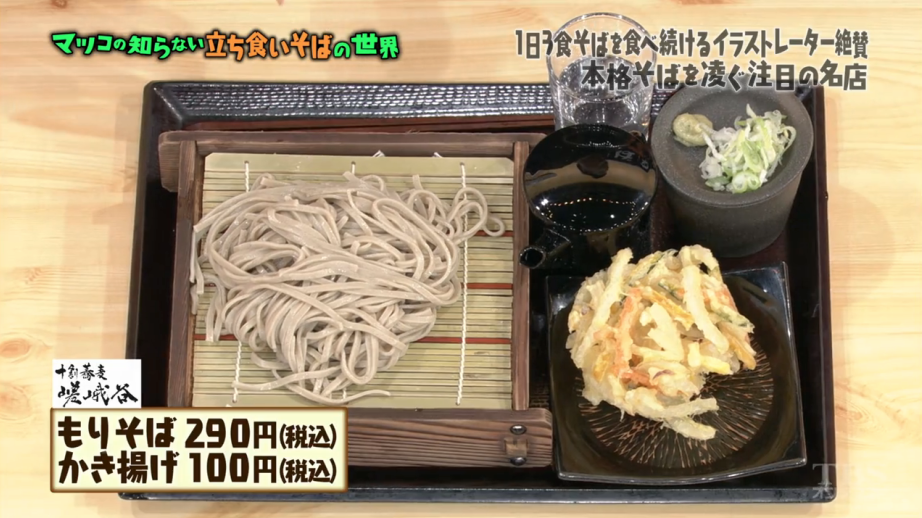 Compared to the other four stand-up noodle shops above, Sobayoshi is much smaller and has only a few shops in Tokyo. The reason why Sobayoshi was introduced on the show was the quality of the soup stock. 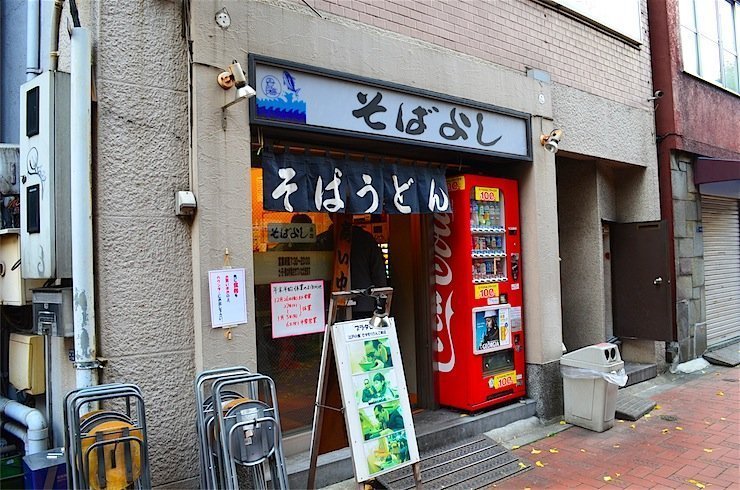 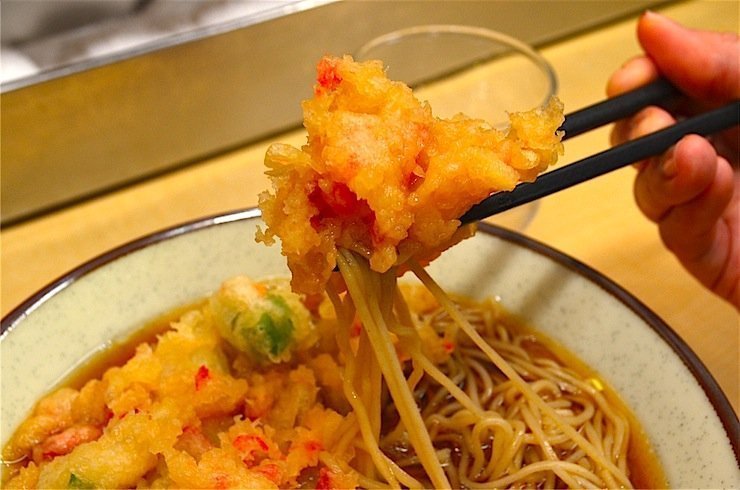 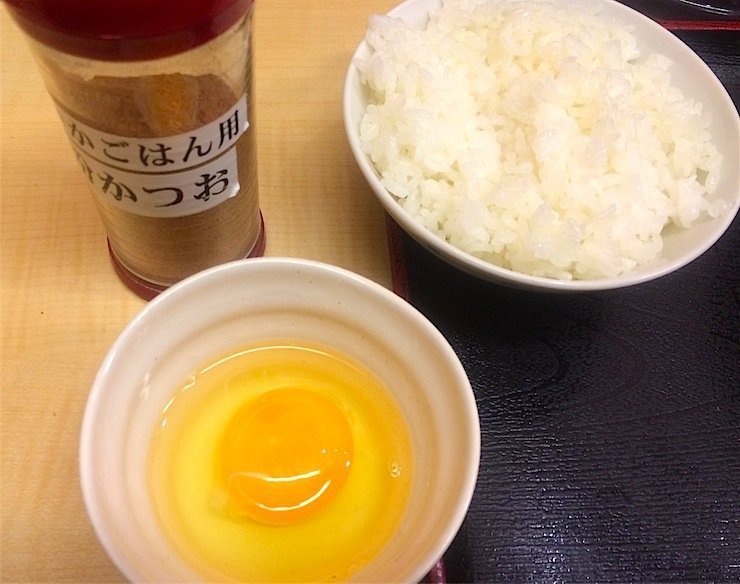