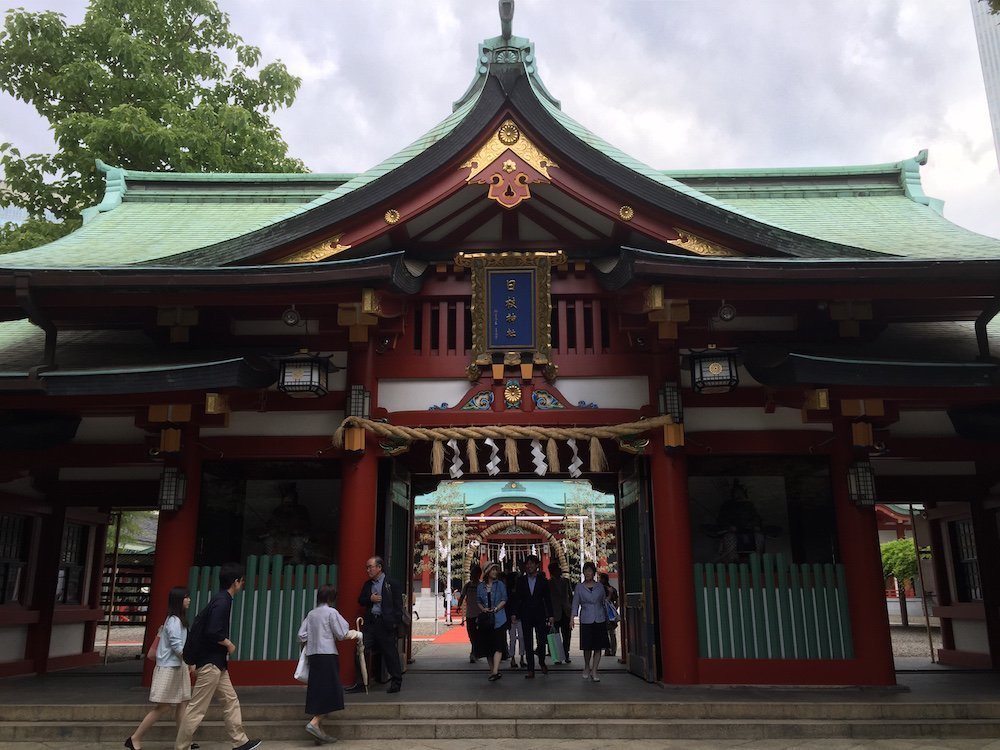 Located in the heart of Akasaka, the Hie Shrine: The nation’s most urban shrine is a great place to visit while in Tokyo. It is known for its beautiful wooden red gates, like Kyoto’s Fushimi Inari, which welcome everyone to one of the most significant and admired shrines in Japan. 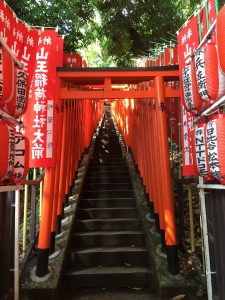 Established as part of the Edo Castle in the 14th Century, it has been dedicated to the Tokugawa Shogun families. The shrine was lost to the heavy bombing by the US during World War II, and was rebuilt in 1958.

To get there, take Ginza or Nanboku Line to Tameike Sanno Station and it takes about 5 to 7 minutes on foot.

The Hie Shrine is located on the hill, which necessarily means that you have to go up many steps to get to the top. But fear not – it has elevators that will take you all the way to the Shaden.

The Hie Shrine is also known for its annual festival ‘Sanno Matsuri’, one of the three most famous festivals held in Tokyo, along with the Sanja Matsuri and the Kanda Matsuri.

Interestingly, the Sanno Matsuri is held in mid June, only in even numbered years, while the Kanda Matsuri takes place in odd numbered years. A number of events are held over the festival period of one week, and the main attraction is a nine-hour parade through central Tokyo.

The Hie Shrine is also a popular venue for weddings – if you are lucky, you might be able to see traditional wedding ceremony there.

Take the elevators to the top and come down through the red wooden gates at the back. 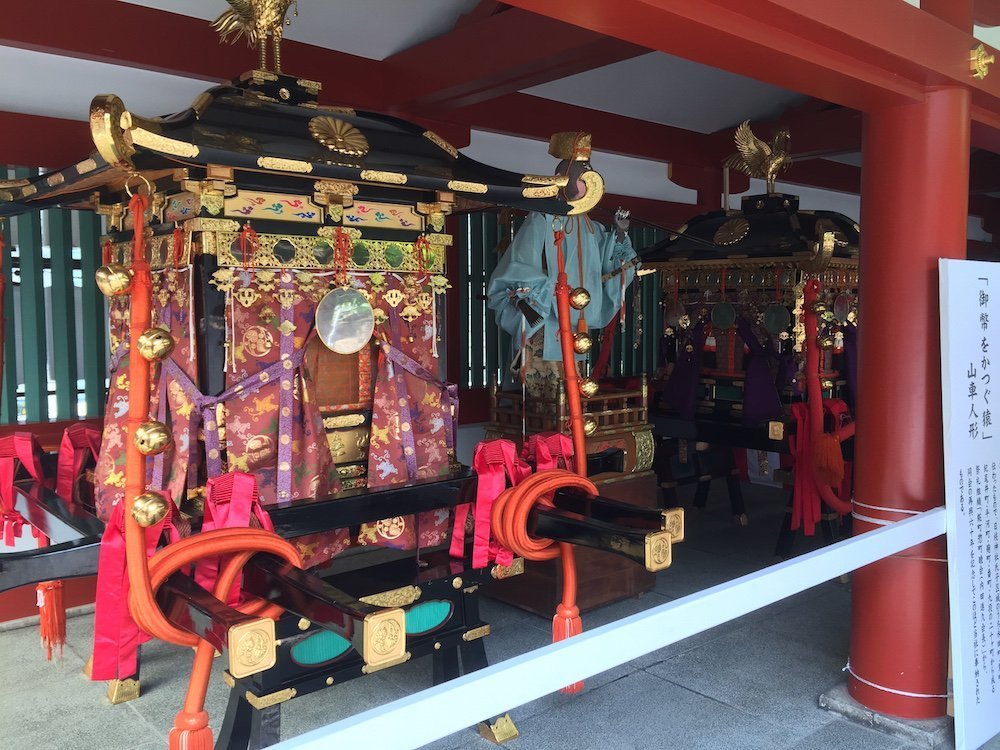 Mikoshi for the Sanno Matsuri 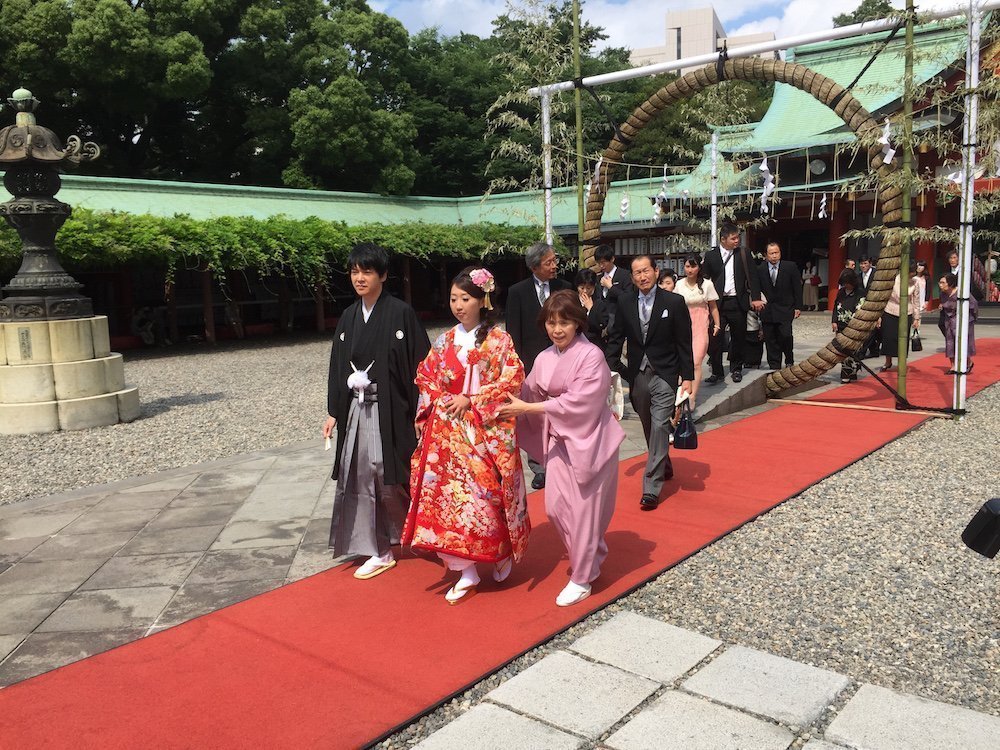 Wedding ceremony at the Hie Shrine 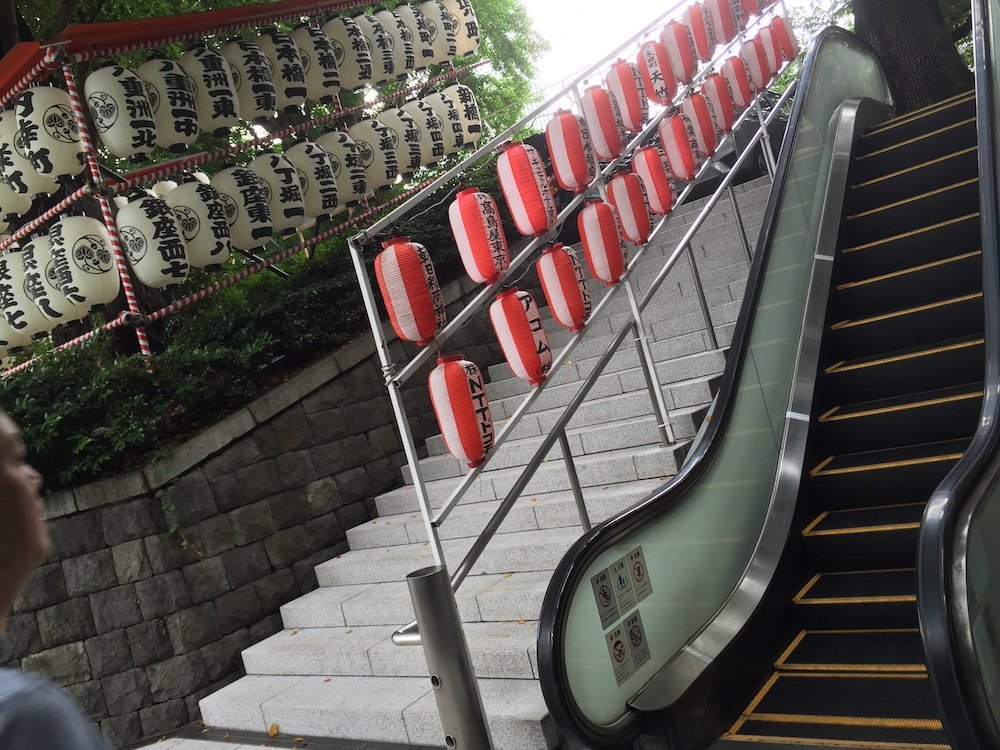 Elevators at the Hie Shrine 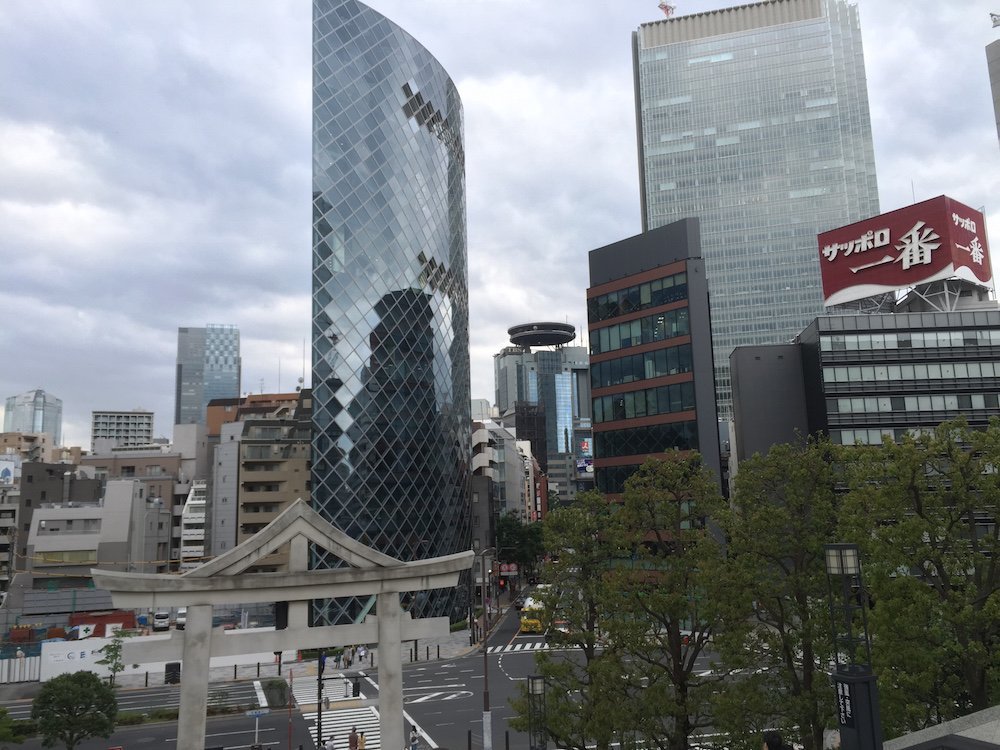 The shrine is located in the heart of Tokyo