Home of Ghibli’s Whisper of the Heart in Seiseki Sakuragaoka

Produced in 1995, fans of Whisper of the Heart continue to visit Seiseki Sakuragaoka, reliving the scenes in the film. Devoted fans spend an enormous amount of time doing research on which part of the town appear in the film and report on their blog. This blogger suggest that the best time to visit Seiseki Sakuragaoka is the sakura cherry bloosom season. 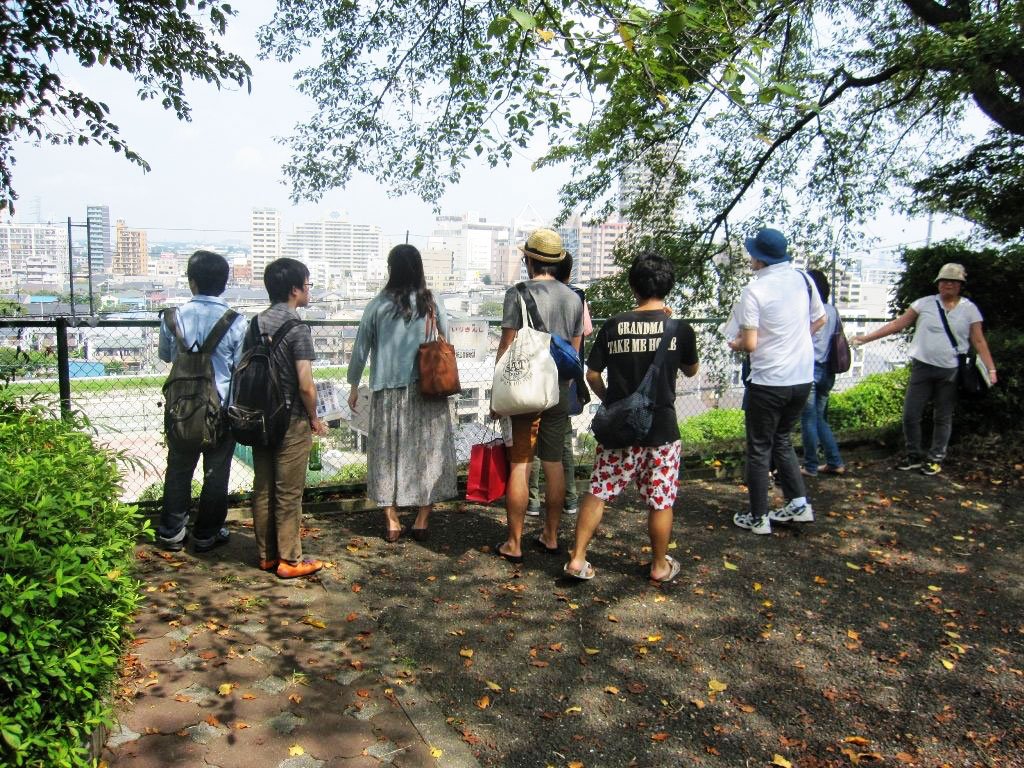 Fans of Whisper of the Heart visiting Seiseki Sakuragaoka

In case you haven’t seen this cult following film, Whisper of the Heart is a romantic film written by Hayao Miyazaki, the founder of the Ghibli Studio.

The story evolves around 16-year-old Shizuku Tsukishima who lives in a danchi apartment on one of the many hills in Seiseki Sakuragaoka. That danchi is not far from our office and from the office window, we can see how hilly the whole town is! The danchi in the film is modeled on Aiko Danchi. 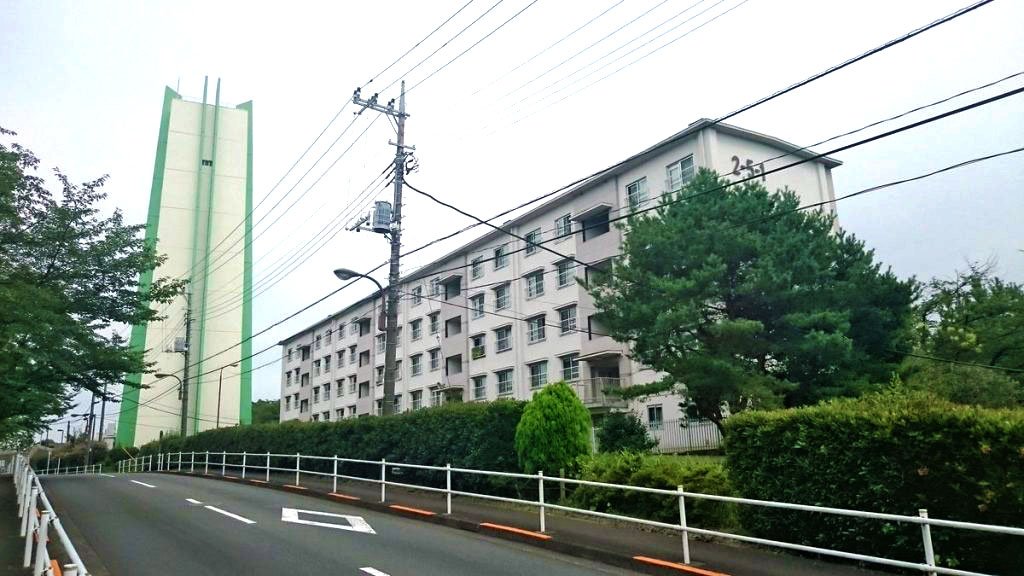 Being a bookworm, Shizuku borrows books from the local library regularly, and soon notices that all the books she reads have been checked out by a man called Seiji Amasawa. Shizuku meets a young man, later revealed to be Seiji, who often irritates her. 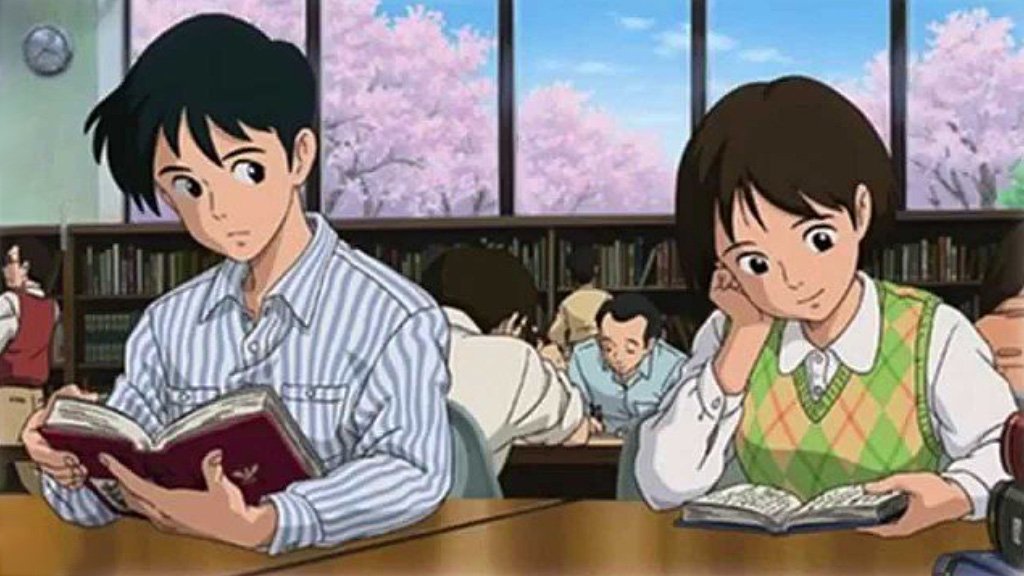 One day Shizuku finds a cat riding a train (!) and follows it to an antique shop on the top of the hill. It happens to be Seiji’s grandfather’s shop. She is mesmerized by a cat figure called “The Barron”, which was not for sale for a mysterious reason. 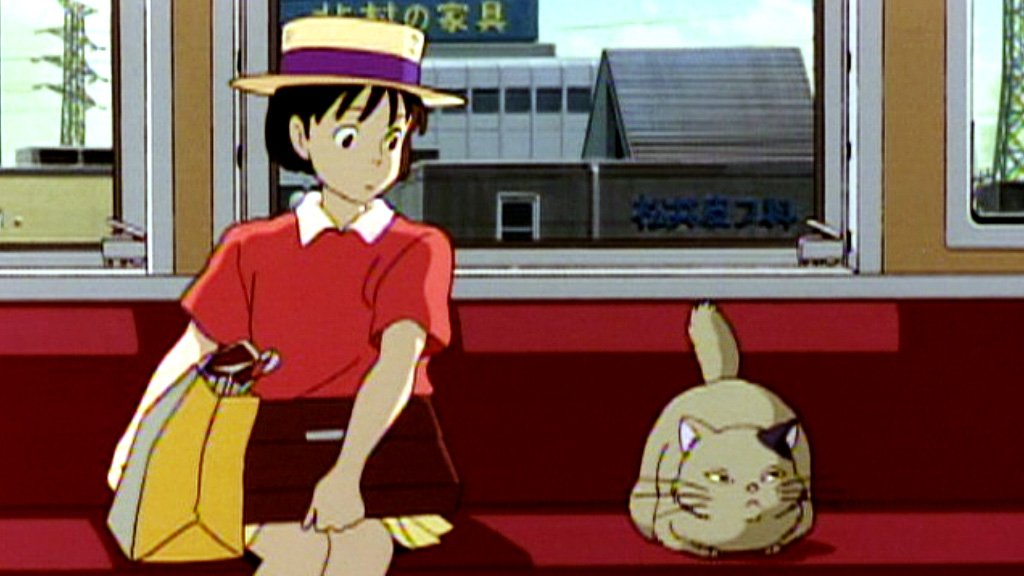 “Moon” the cat rides a train

Finding out that Seiji is going to Cremona, Italy, for a two-month apprenticeship with a master violin-maker, Shizuku decides to test her talents as a writer by writing a fantasy novel evolving around her friendship with The Barron. Shizuku passes her novel to Seiji’s grandfather as her first reader, and learns that The Barron was the memory from his romance with a German girlfriend who he met after the World War Two.

The Barron and Shizuku in her fantasy novel

When Seiji returns to Japan, he takes her to his favorite spot on the top of the hill in Seiseki Sakuragaoka. He proposes to her while looking at the sunrise, that they marry when he returns home from a full apprenticeship in Italy. 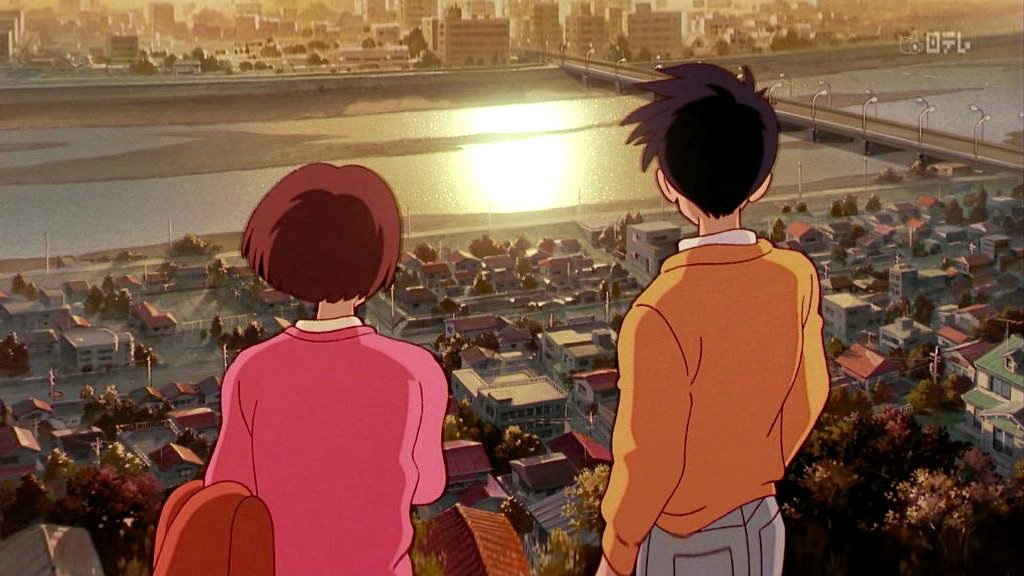 Seiji proposing to Shizuku on the hill 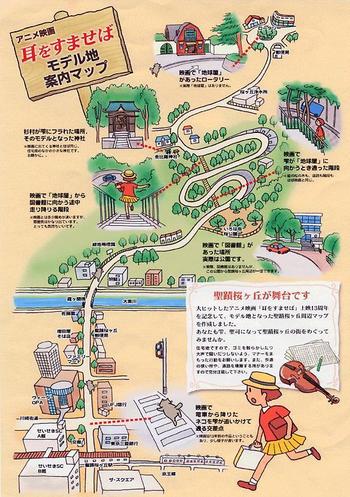 Free Map of Whisper of the Heart