From KitKat to Pocky to Umaibo, Japanese snack has become one of the most popular ones around the world. What’s also increasingly popular is Japanese baby snack. Baby snack not only has to be safe, but also you want it to be nutritious and delicious one for your babies!

The question is this, though – why should you buy baby snack from Japan? Or why do it has to be made in Japan? Our answers are this – baby snack produced by Japanese companies in Japan are hands down trustworthy. Just like cars, cosmetics and other high quality products made in Japan, careful attention is paid to the safety, taste and nutrition of baby snacks, with Japanese precision and honesty.

Another good thing about Japanese snack is the fact that they are not overly sweet like some of those found overseas. We don’t want our babies to be sugar junkies, do we? There is a wide range of Japanese companies which make amazing baby snacks. But which ones are the best? If our babies are putting these products in their mouths and stomach, we want to know who those companies are, don’t we? We did research on baby snack producers and here are our recommendations.

When it comes to baby products, you can’t go wrong with Wakodo. It was founded by Professor and surgeon Tsukasa Hirota in 1906 (over a century ago!) This explains their motto “Always Loving Quality for Your Baby”.

In the 100th year anniversary, Wakodo actually joined one of the largest food and beverage companies, Asahi (Asahi Beer or Asahi Collagen – ring the bell?), in 2006, becoming one of the biggest baby food producers in Japan.

Recently Wakodo renewed one of their snack series, WAKODO Baby Snack. They are nutritious and with minimum sweetness. All Wakodo baby food and snacks are of course made in Japan with Japanese ingredients. 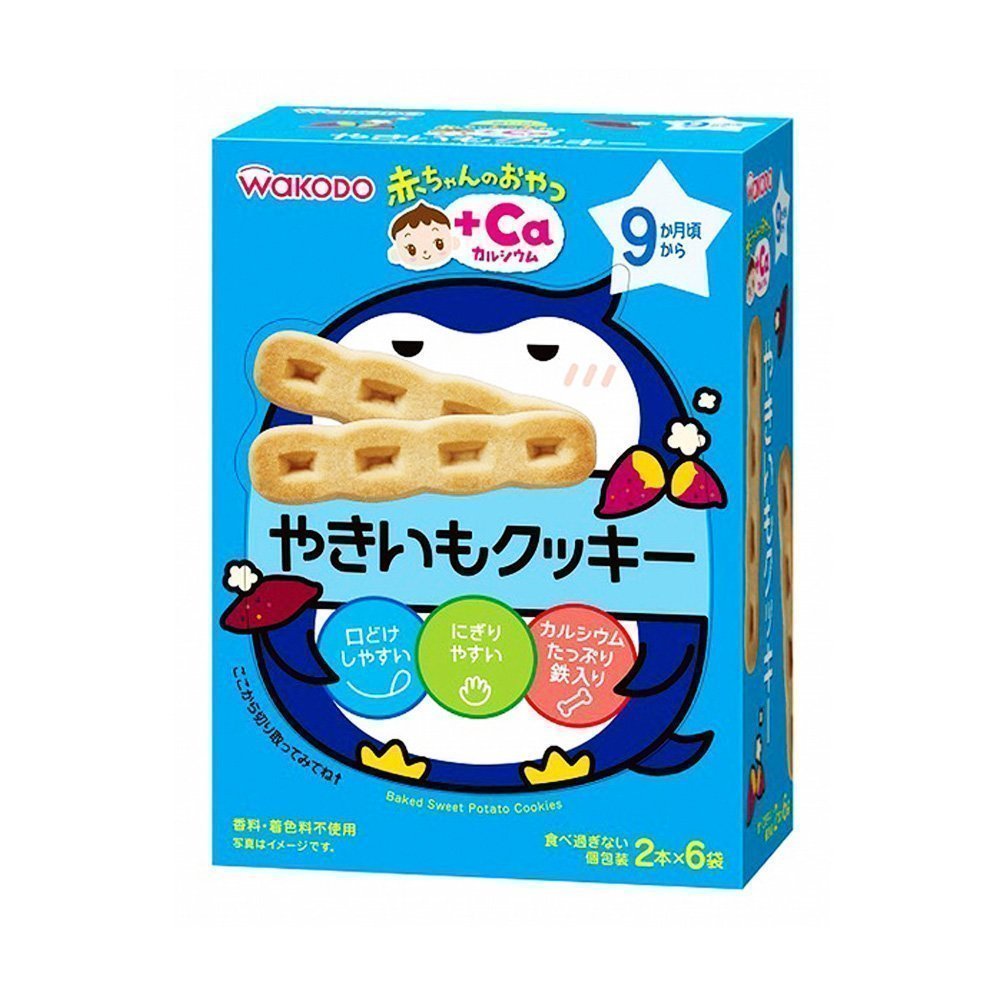 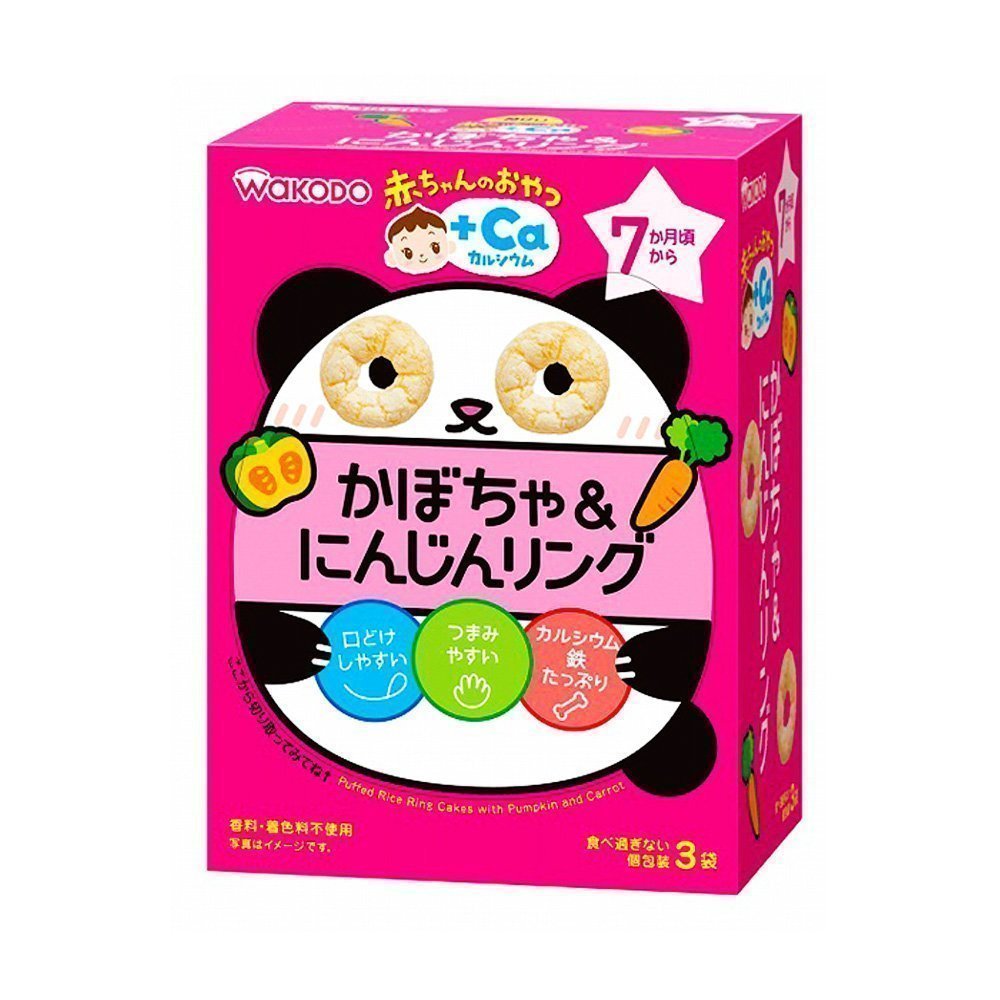 PIGEON – “Only Love Can Beget Love”

Established in 1957, Pigeon is one of the largest and most trusted baby products companies in Japan. Pigeon just celebrated its 60th year anniversary in August, 2016 – perhaps that’s one of the reasons Japanese parents feel safe with Pigeon’s baby products.

To be honest, we don’t have many Pigeon baby snack at Takaski, and yet, orders for Pigeon baby snack continues to arrive! PIGEON Baby Snack, both ‘Broccoli & Spinach’ and ‘Pumpkin & Satsuma Potato Cookie’ are in fact some of the best sellers. 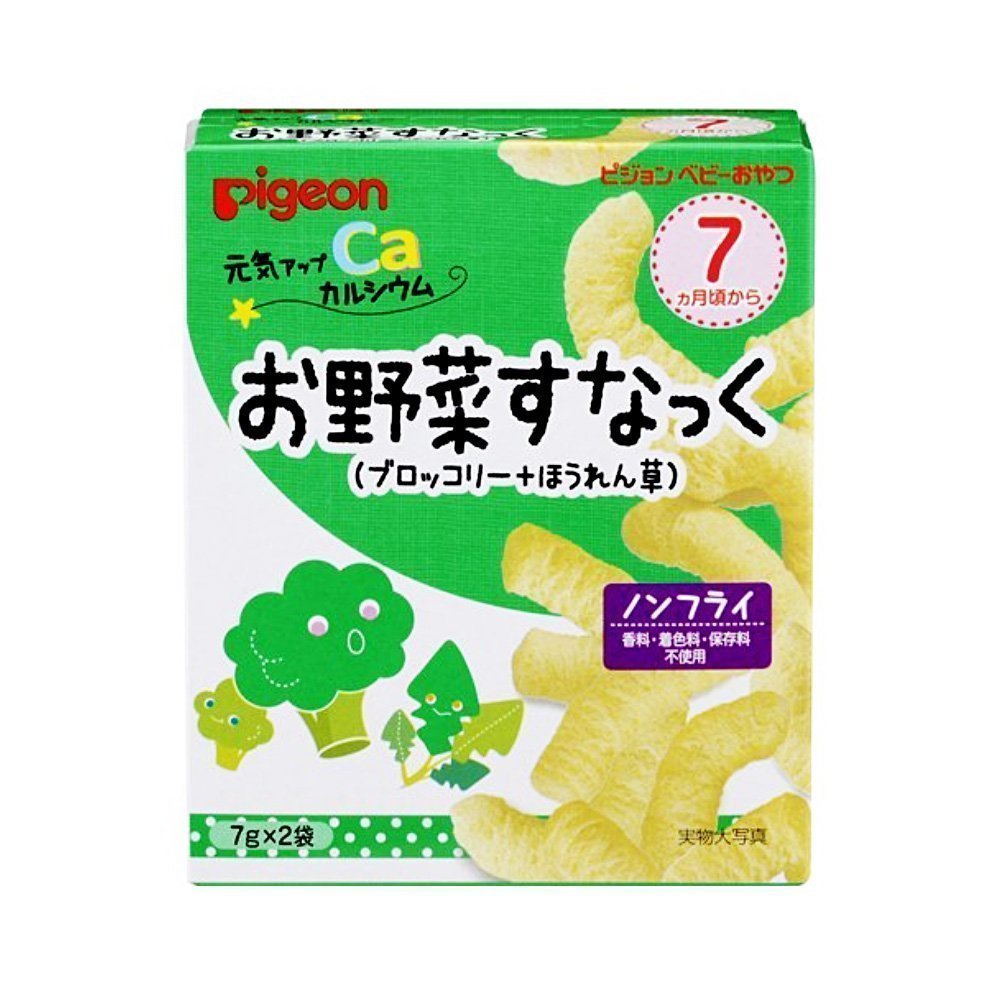 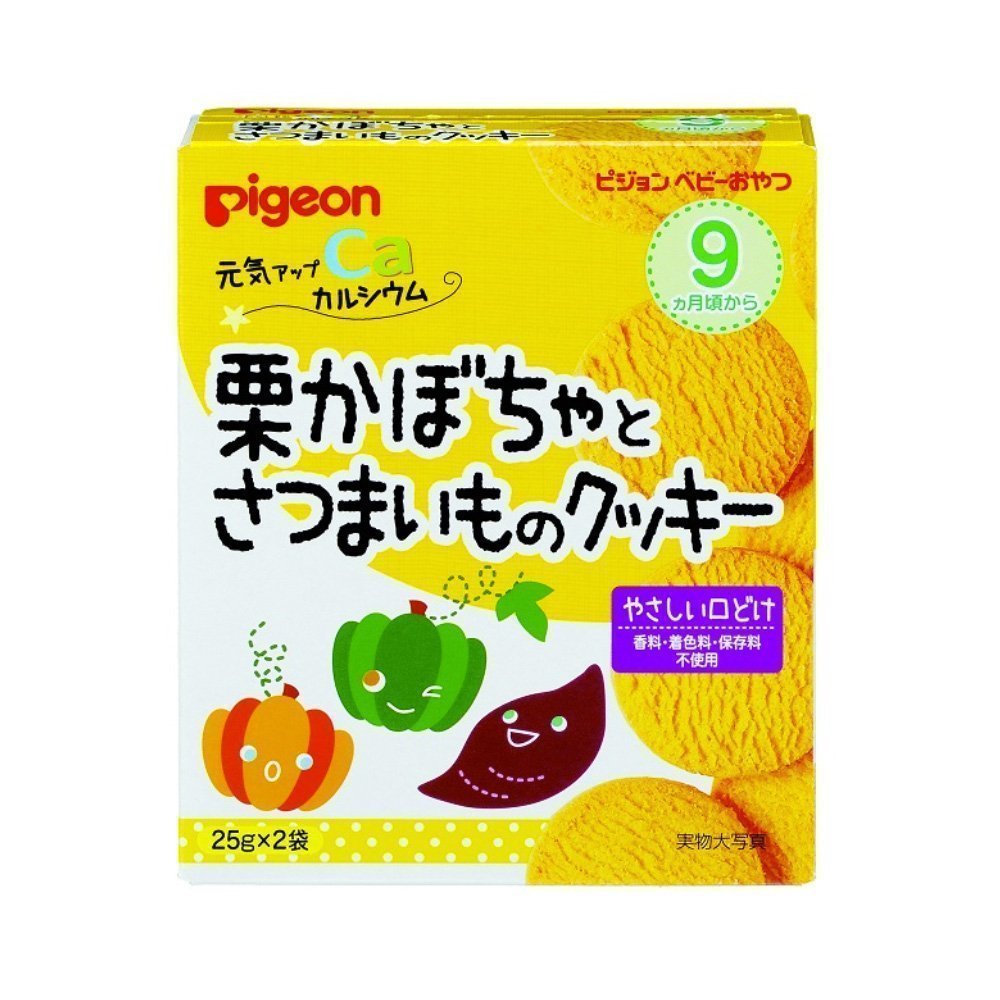 KEWPIE – “Love is on the Dining Table”

Kewpie is best known for its delicious mayonnaise around the world. They are one of the most trusted and largest food product companies in Japan, and their baby food and snack are amazing. Kewpie’s motto is “Love is on the dinning table”.

Early 1990s, Toichiro Nakajima travelled to the US and tasted mayonnaise for the first time in his life. In 1919, he established former Kewpie and started producing mayonnaise for the first time in Japan in March 1925.  Today Kewpie produces a huge range of food products, and its baby snack series, Vegetable Ring, is everywhere at supermarkets in Japan. Not using oil, this product is made by steaming and heat only, resulting in the light taste. It also doesn’t contain sugar and salt. 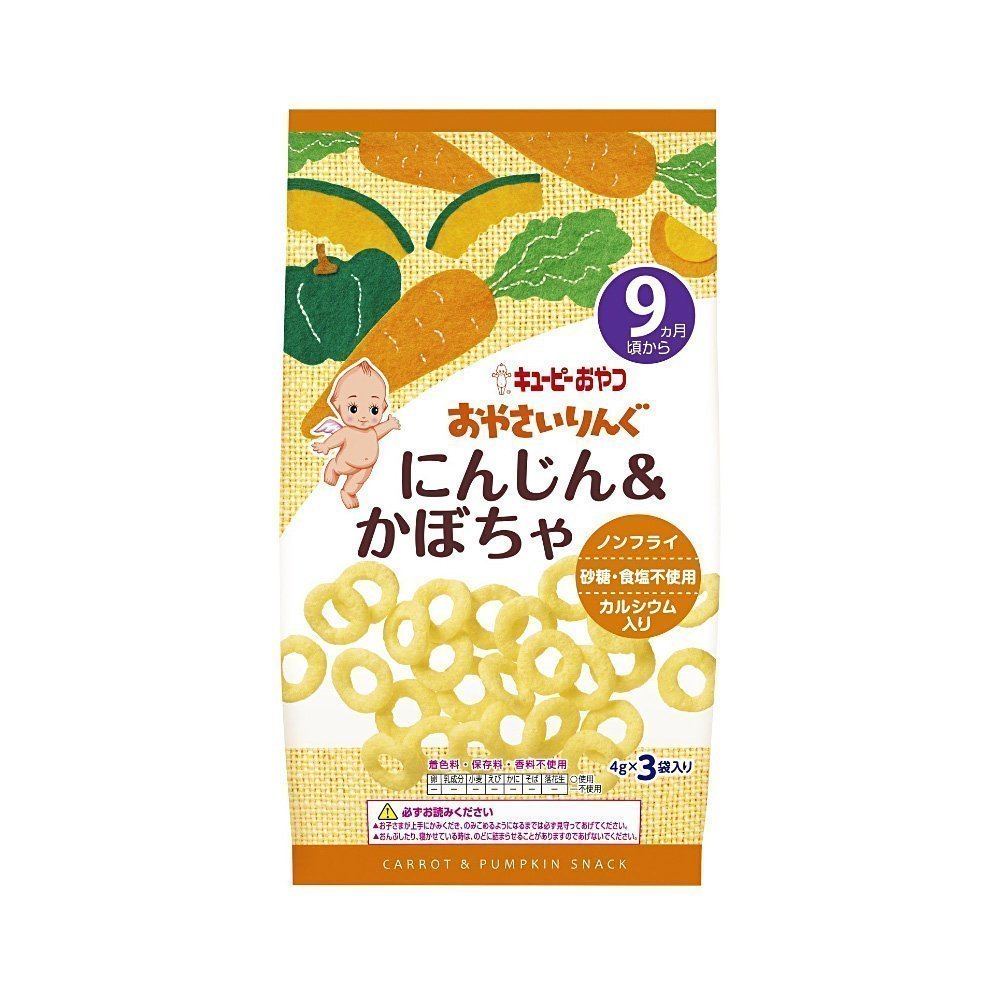 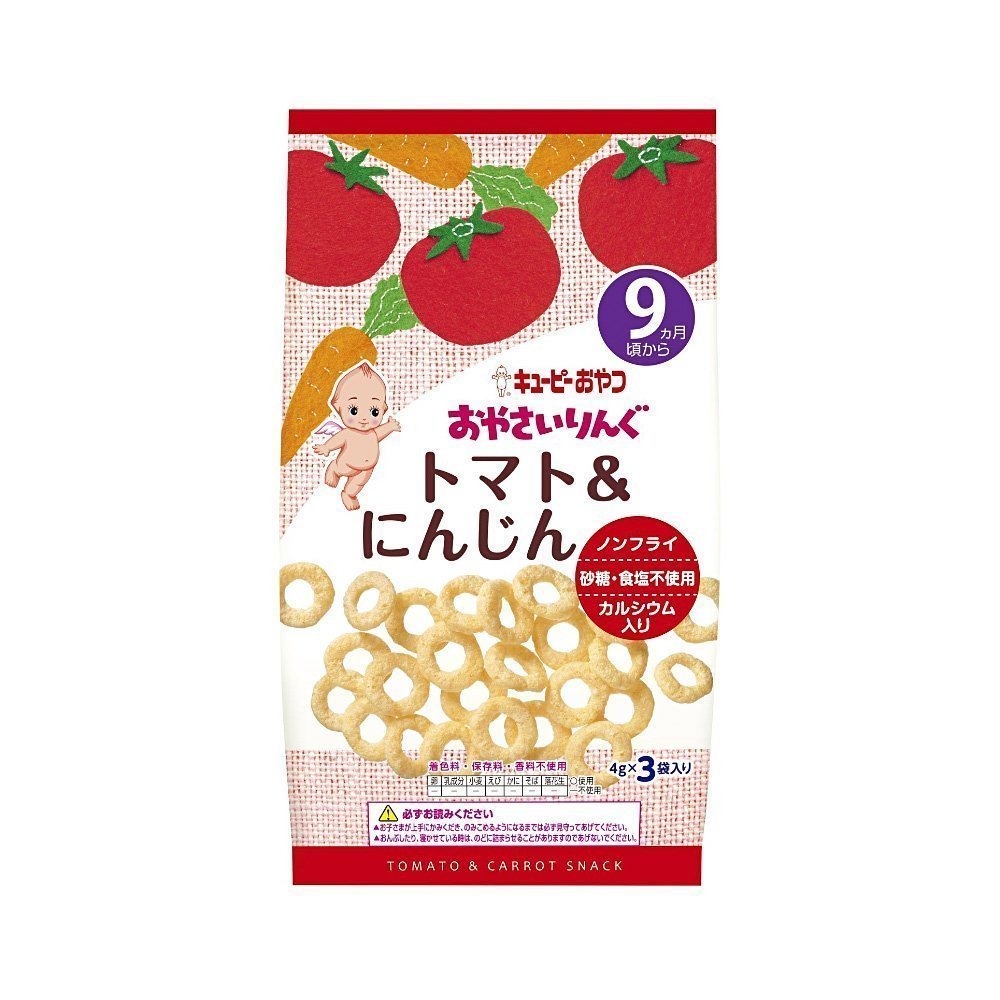 Yes, Morinaga is the producer of world’s favourite Hi-Chew. Established in 1917, Morinaga has been offering milk-based food products to generations of Japanese children and adults alike. In the beginning, Morinaga was basically a milk producer, but merged with a snack producer and has kept milk-driven nutrition as the key theme to all their products over a century! That’s probably why Japanese trust Morinaga and its products.

Morinaga also produce a range of baby snack that is highly nutritious and delicious. The most popular is their Manna series. Manna biscuits are made with 27 ingredients including potato powder, milk, sugar, flour, shortening, butter oil, salt and more. The product contains calcium, iron Fe, vitamin B1, B2 and D. This product does not contain eggs, shrimp, crab, peanuts and soba buckwheat flour. 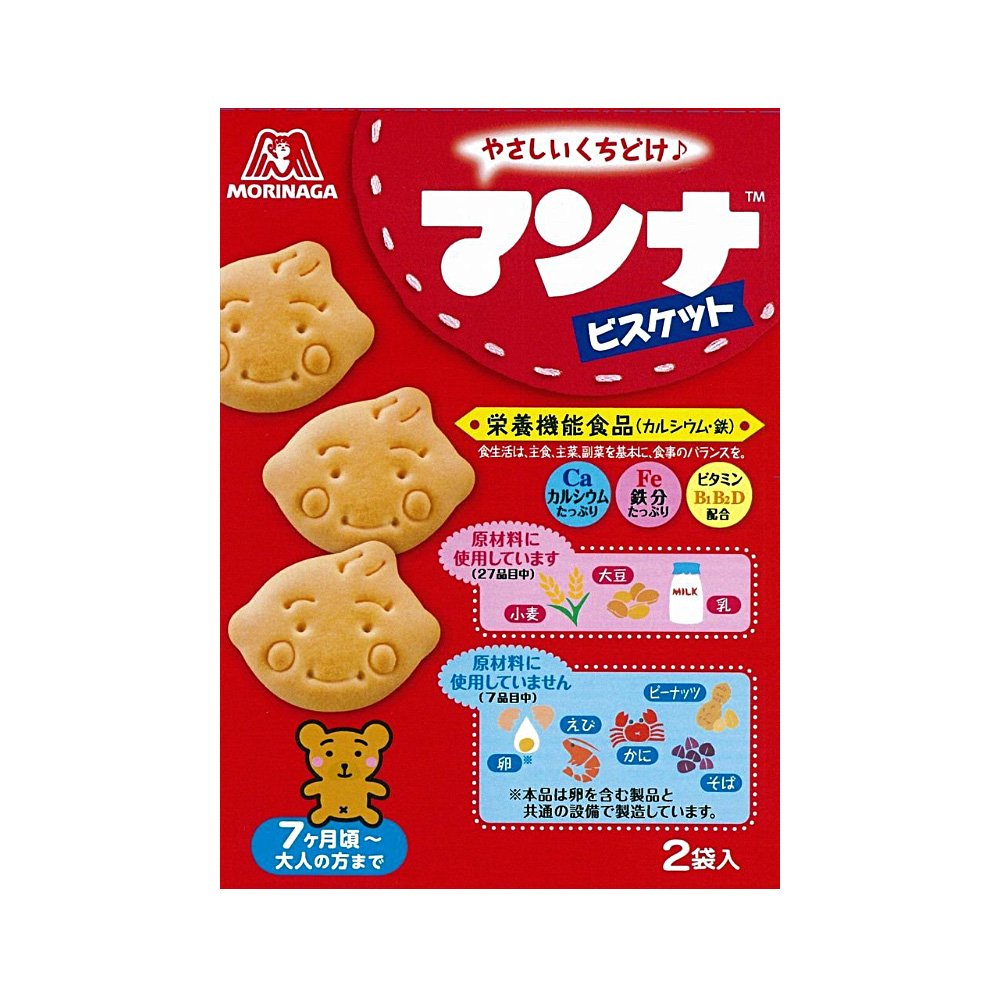 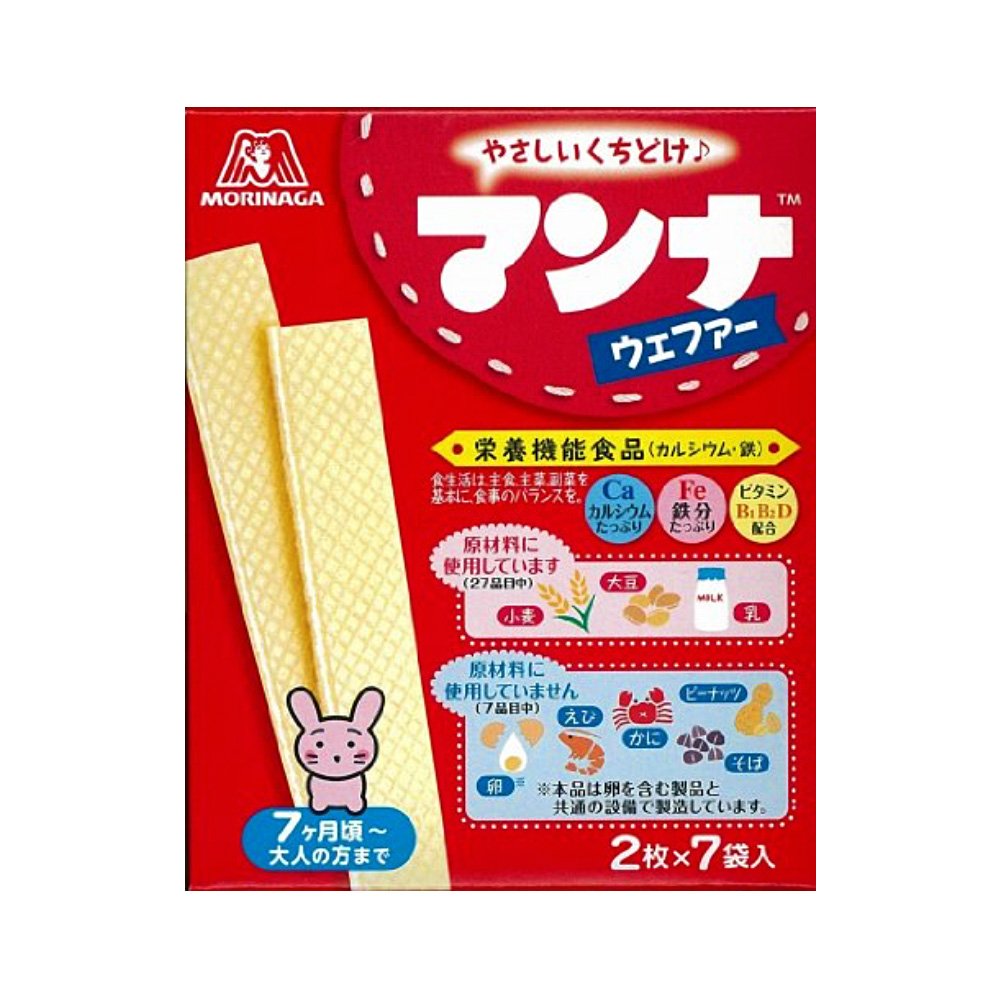 As you can see, these companies have been around for a looong time, winning the trust of discerning Japanese parents and grandparents. If it’s for your babies, go for most trustworthy snack and Japanese has the answer! Now, enjoy Wakodo’s super cute ad:-)