Tokyo 2020 Olympics has never been short of controversy or scandals. The latest is the requirements to become a volunteer at the Games. Before we start giving you the gist of it, let’s recap all the scandals so far in Tokyo’s Olympic endeavor since 2013.

The first problem hit soon after the successful bid for Tokyo 2020 Olympics in September 2013. Naoki Inose, who was the Tokyo Metropolitan Governor at that time of winning the bid for the Games, resigned following a political funds-related scandal.

In July 2015, then, the Game Organizers were forced to scrap their original plans for a new centerpiece stadium for the Tokyo 2020 Olympic Games due to the ballooning budget. Kengo Kuma’s new and scaled down design for the main stadium was chosen as replacement to the original design by renowned architect Zaha Hadid, who, unfortunately, passed away in March 2016.

The new Tokyo 2020 Logo Selection Committee was formed and arranged a competition open to any resident of Japan aged over 18. Almost 15,000 entries were submitted and an indigo-and-white checkered circle, designed by Asao Tokolo, was chosen as replacement in April 2016.

The new emblem is not overly popular nor unpopular, while some people have voiced their dislike of the emblem as it looks a lot like a funeral design in Japan.

Then another plagiarism scandal hit Tokyo Olympics. The Omotenashi (“hospitality”) uniform, which was produced by Tokyo Metropolitan Government under the supervision of former Governor Yoichi Masuzoe, was criticised as “uncool” and also too similar to that of the patrolling guards at one of the imperial palaces in Korea. 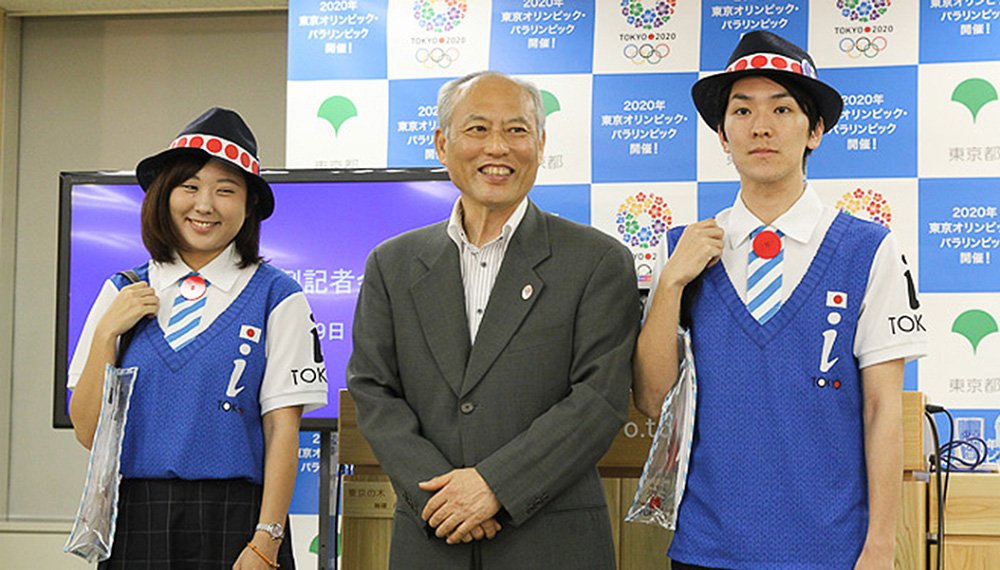 Masuzoe submitted his resignation in June 2016, not because of the uniform plagiarism scandal, but due to a misuse of public funds. Thanks to him, another Japanese word, “Sekoi” (stingy in English), is likely to enter a number of English dictionaries.

The latest Olympic problem is the recently announced requirements to become volunteers at the Tokyo Olympic Games. How could this possibly become a problem? Well, here are some of the conditions and qualities that a potential volunteer has to be able to meet:

No payment will be made for volunteers, but they’ll get to keep the uniform for free. After these requirements were announced on the 4th of July, many comments poured in online, many of them ridiculing that they’d have a hard time hiring people meeting the requirements for $20.

There surely be a few hundreds of Japanese who meet such criterion and conditions? Keep in mind, however, that the Tokyo Olympics Organizers are not looking for a few people but 80,000 volunteers.

Many predict that no one, who meet all these qualities, in right mind, would volunteer their precious time for just a uniform, unless they are forced by their employees to volunteer – there is a good chance of happening this at companies who are the Games sponsors.

Takaski is not an official partner or sponsor of the Tokyo 2020 Olympic Games, but we are definitely 100% behind the Games and are happy to volunteer. We’ll keep you posted about our application to become volunteers here at Blogski!