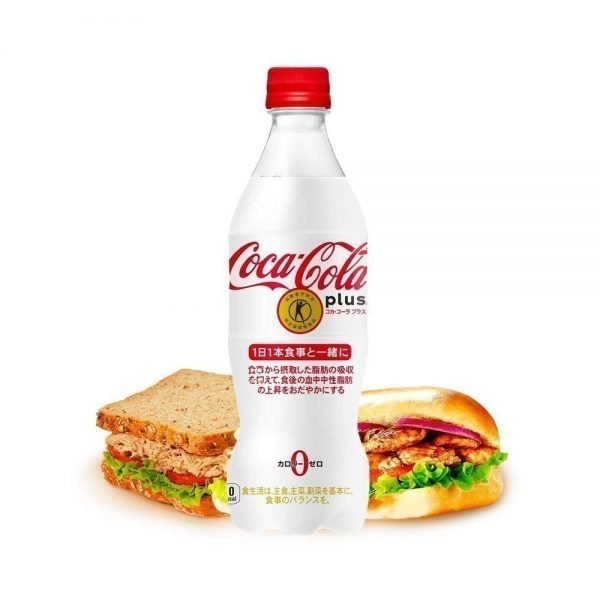 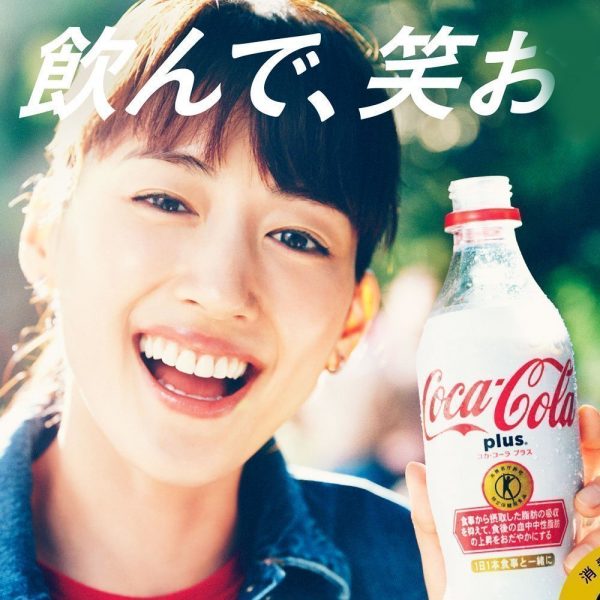 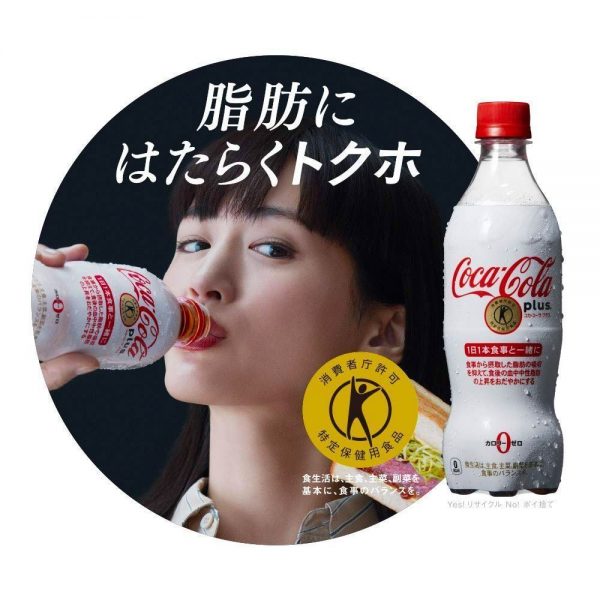 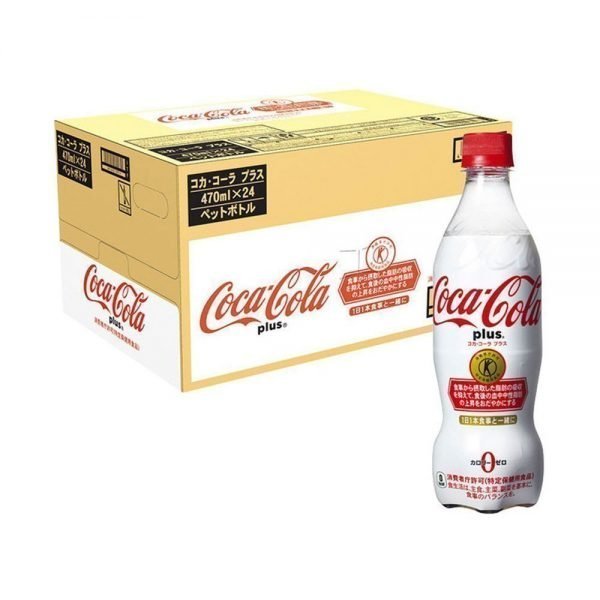 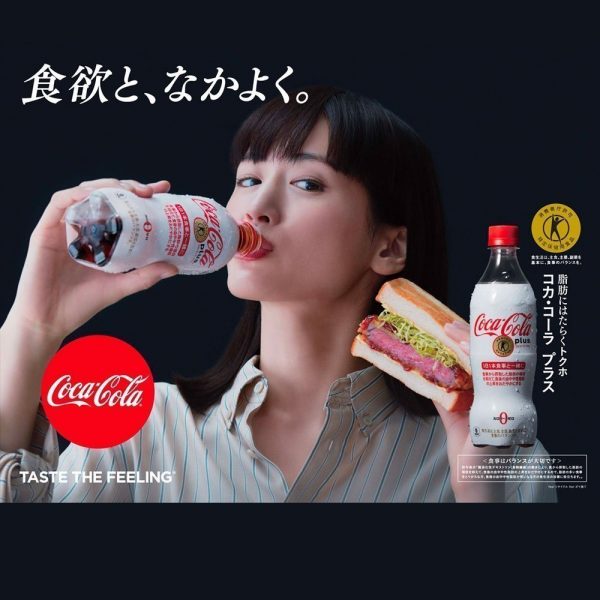 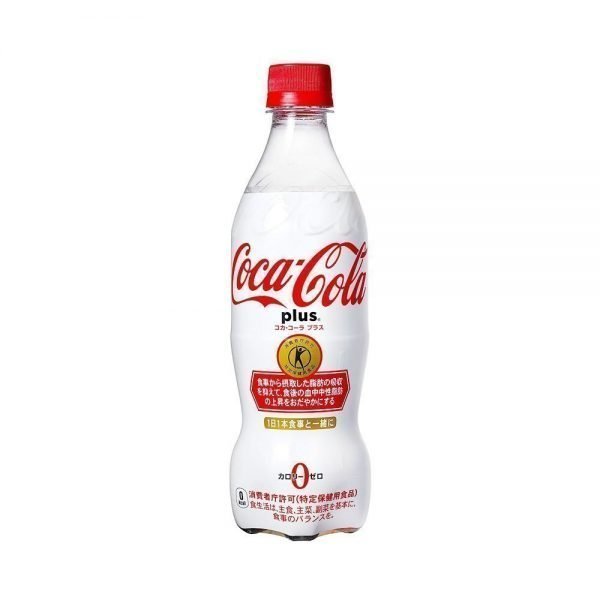 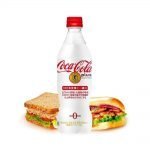 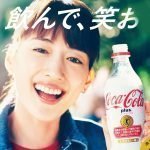 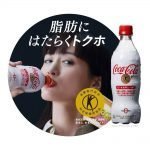 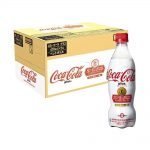 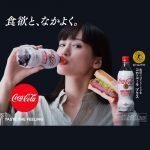 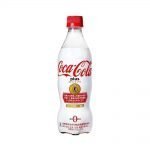 COCA COLA Plus With Dietary Fibre. The no-calorie beverage contains five grams of indigestible dextrin – a source of dietary fiber – per 470-ml bottle. Coca-Cola Japan is marketing Coca-Cola Plus, which features great Coca-Cola taste plus functional benefits, to health- and taste-conscious consumers 40 and older as a beverage to enjoy with food. Drinking one Coca-Cola Plus per day with food will help suppress fat absorption and help moderate the levels of triglycerides in the blood after eating. 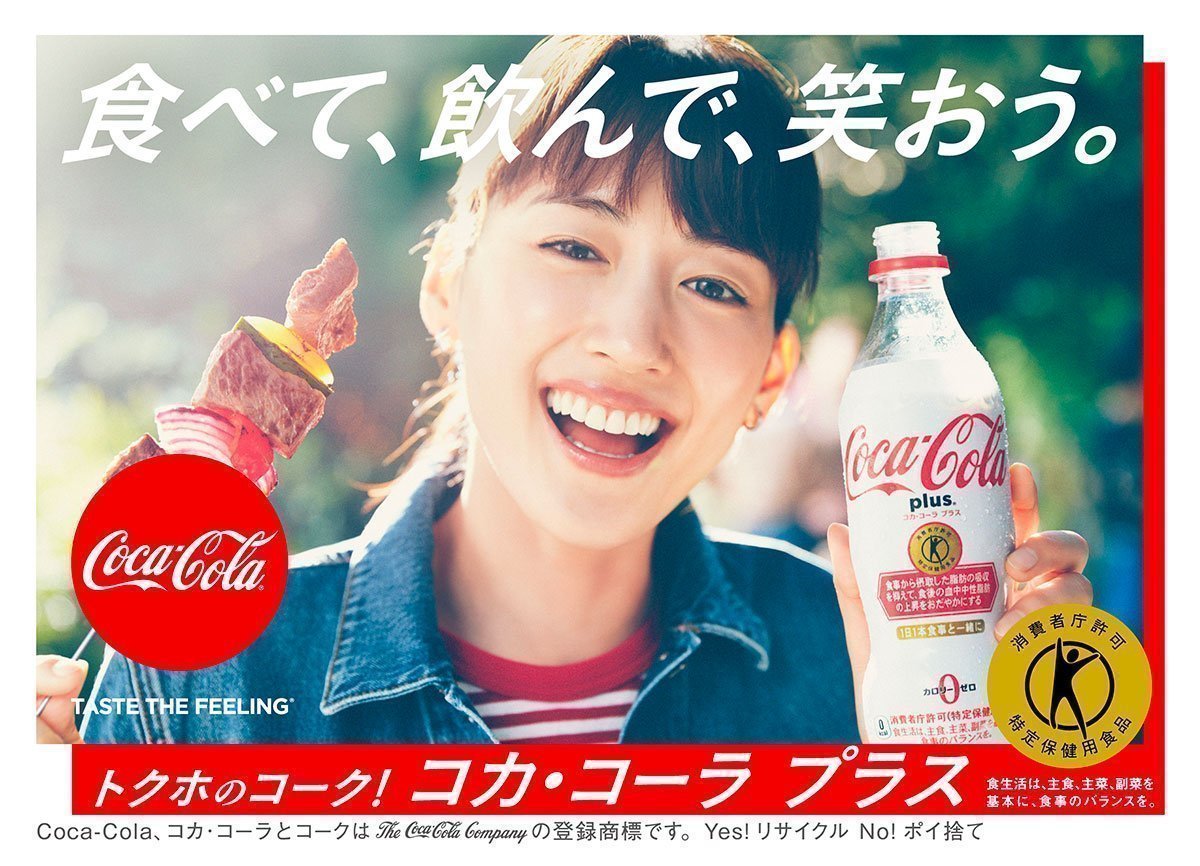