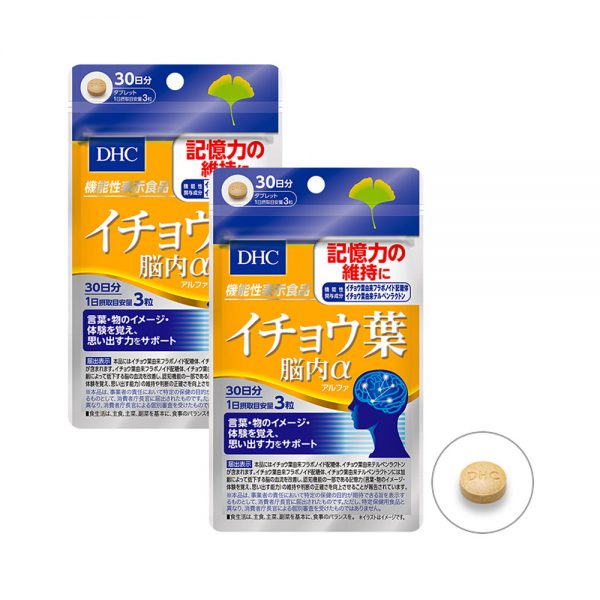 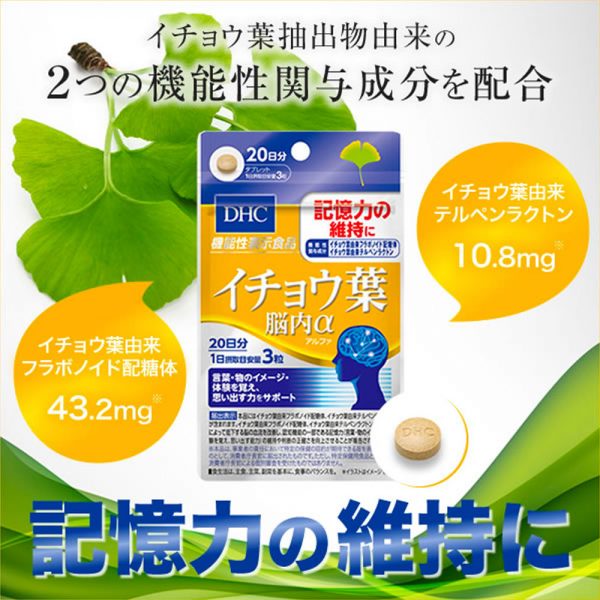 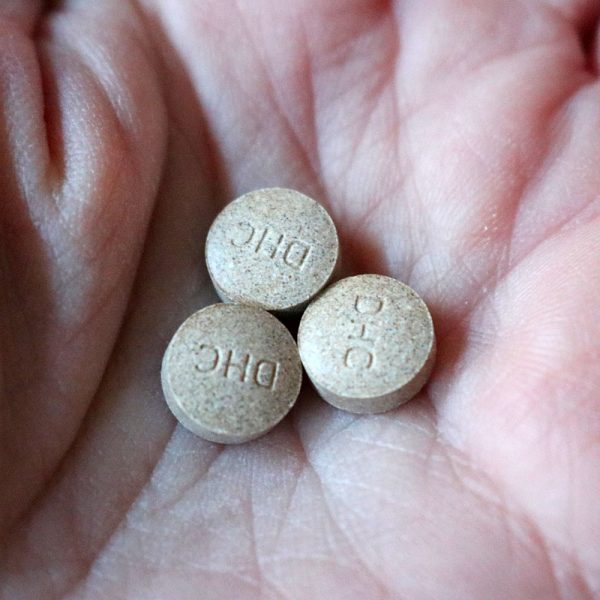 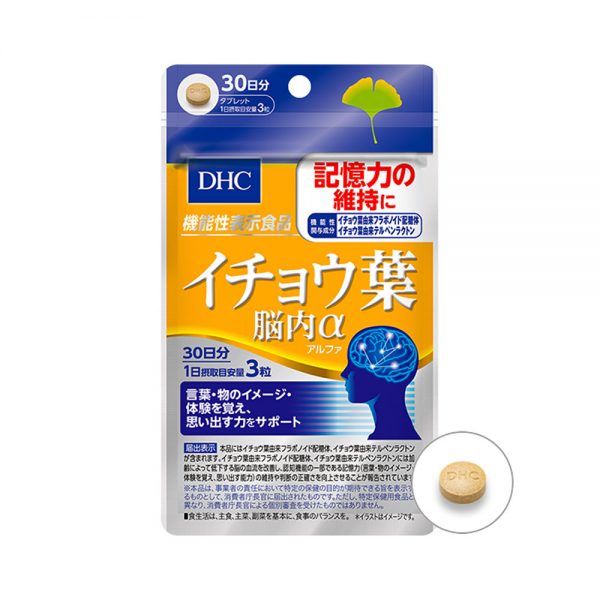 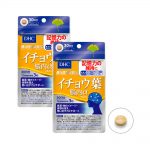 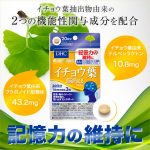 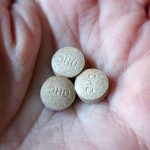 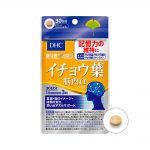 NEW DHC Ginkgo Biloba Brain Alpha Functional Indication Food. Two types of functional components derived from Ginkgo Biloba, improving brain blood flow and maintaining memory! “Ginkgo biloba brain alpha (alpha)” is 43.2mg per day of the estimated daily intake of functional components [Ginkgo biloba-derived flavonoid glycosides], and 10.8 per day of the estimated daily intake of [Ginkgo biloba terpene lactone]. [Functional labeling food] formulated with mg. [Ginkgo biloba-derived flavonoid glycosides] and [Ginkgo biloba-derived terpene lactone] improve cerebral blood flow, which declines with aging, to maintain memory, which is part of cognitive function, and improves judgment accuracy. It has been reported to be useful if: “I can’t remember yesterday’s dinner …” “What’s that person’s name …” “What I was trying to do …”, etc. I was worried about the ability to remember and remember the images and experiences of words and things. It supports the memory and judgment of those who begin to forgert. 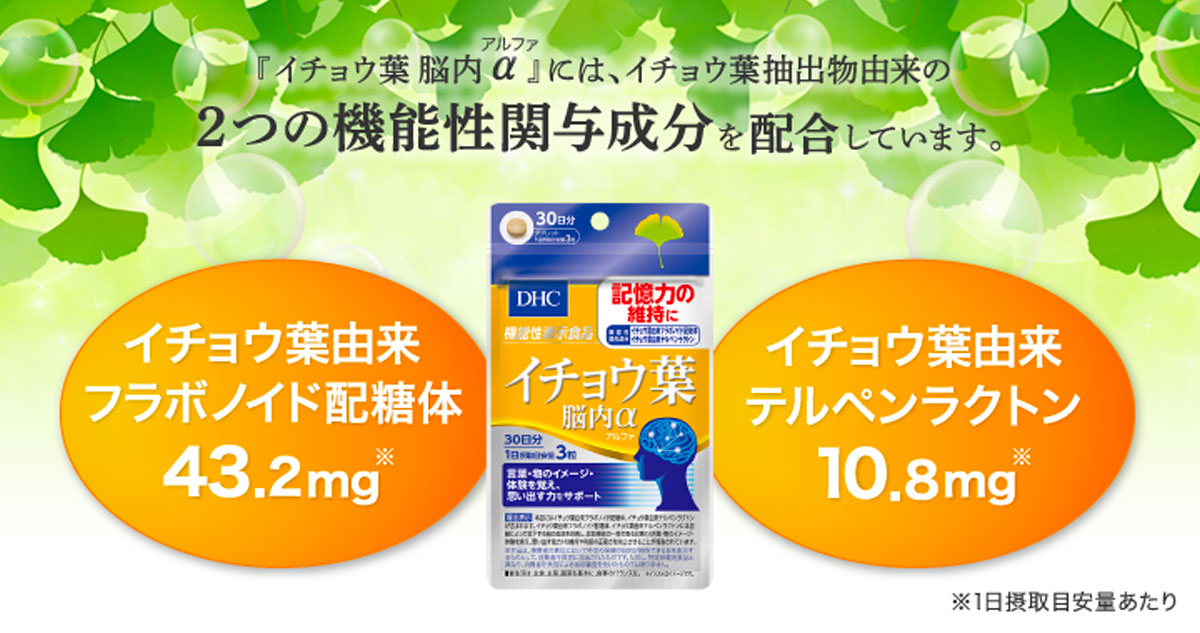