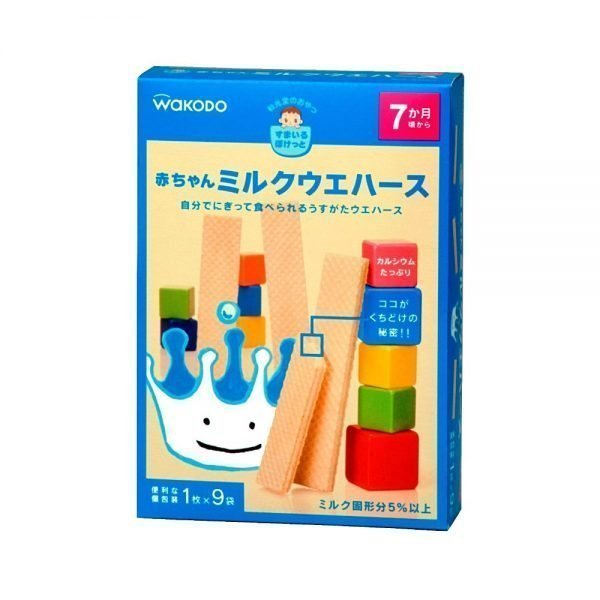 WAKODO Smile Pocket Milk Wafers – from 7 Months – Made in Japan

Wakodo was founded by Professor and surgeon Tsukasa Hirota in 1906. In the 100th year anniversary, Wakodo joined one of the largest food and beverage companies, Asahi, in 2006, becoming one of the biggest baby food producers in Japan. All Wakodo baby food and snacks are made in Japan with Japanese ingredients.