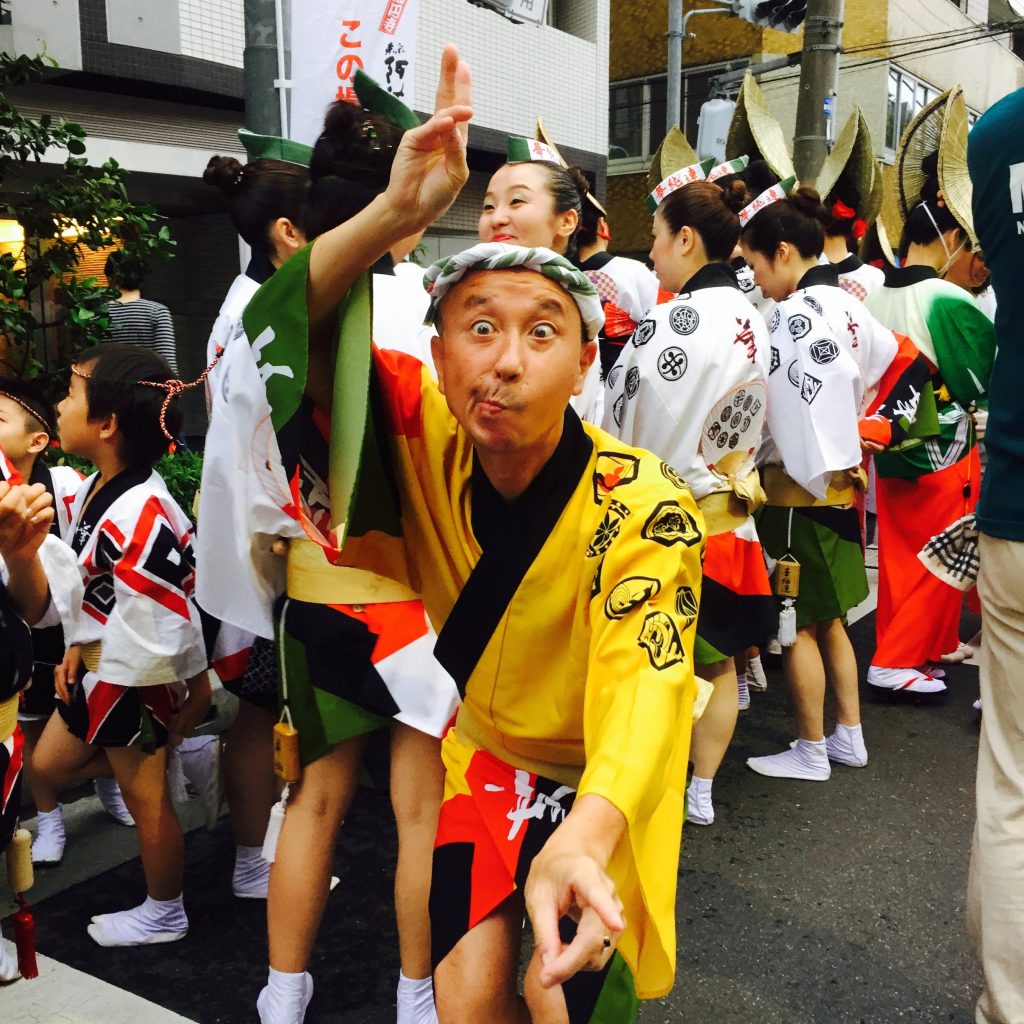 The acclaimed dancer at the 59th Koenji Awa Odori Festival, held on the 29th and 30th of August

A significant number of events take place at this time of year across Japan. Summer is slowly slipping away and many people are keen, if not desperate, to have fun before the end of this festive season. People of Koenji, Tokyo, too, put on a spectacular, fiery event over two days on the 29th and 30th of August – the 59th Tokyo Koenji Awa-Odori Festival. 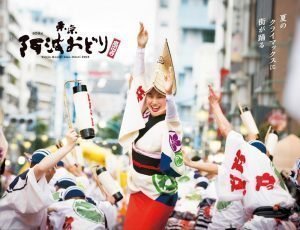 Awa odori has a history of about 400 years and originated as part of the obon festival (of the dead) in Tokushima Prefecture on Shikoku. During an awa odori festival, groups of dancers and musicians, known as ren, dance and parade through the streets for hours.

Awa odori came to Koenji, Tokyo, in the 1950s, as a strategy to attract young people to this district. Indeed Koenji has become a hub of unique youth cultures and lifestyles today and the Tokyo Koenji Awa Orodi Festival has grown to be one of the largest events, attracting about 1 million spectators every year. The nearest station is Koenji on JR Chuo Line; a nine-minute ride from Shinjuku Station.

The total of 78 local rens and four from the Tokushima Prefecture participated this year, parading through the main street, narrow side streets and the Pal Shopping Arcade. Depending on where you are, you can get very close to the dancers and musicians, while it’s probably easier to see the formation of each ren if you are on the main, wide street. 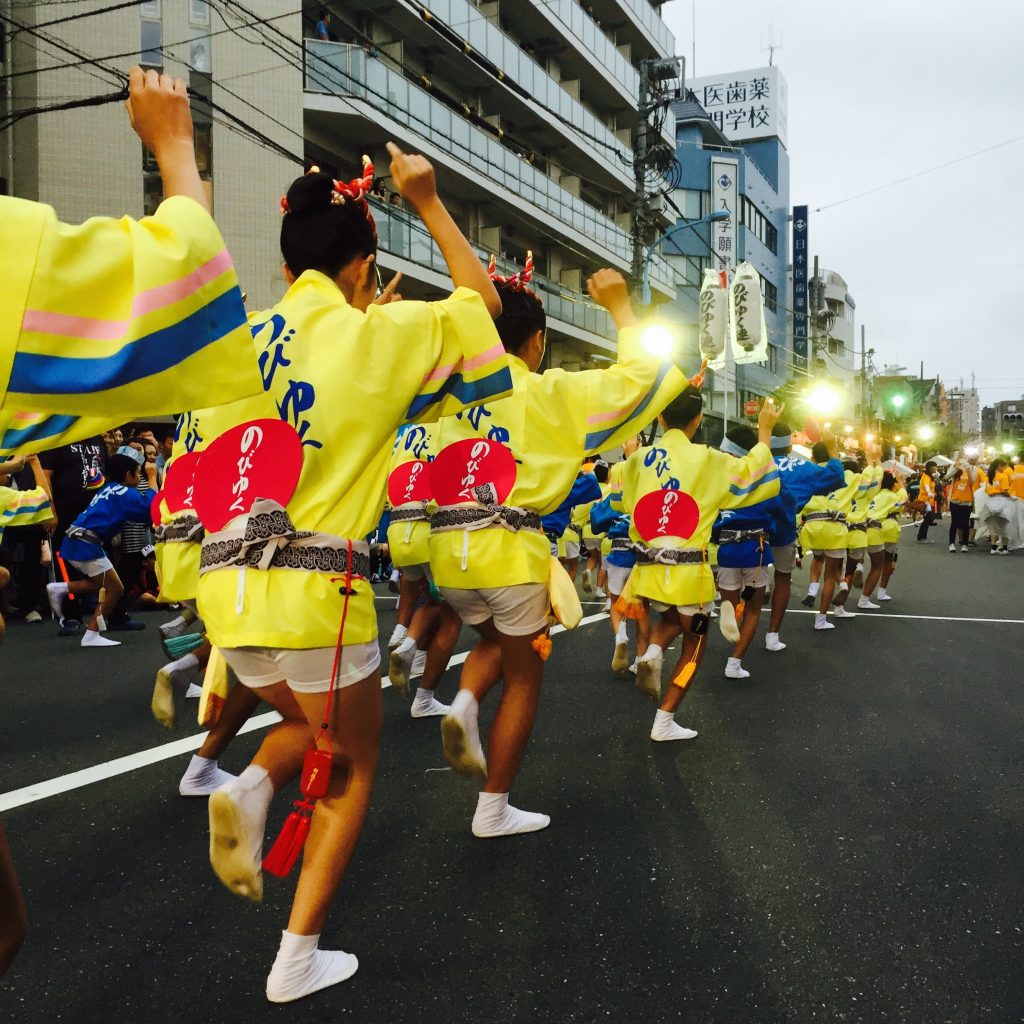 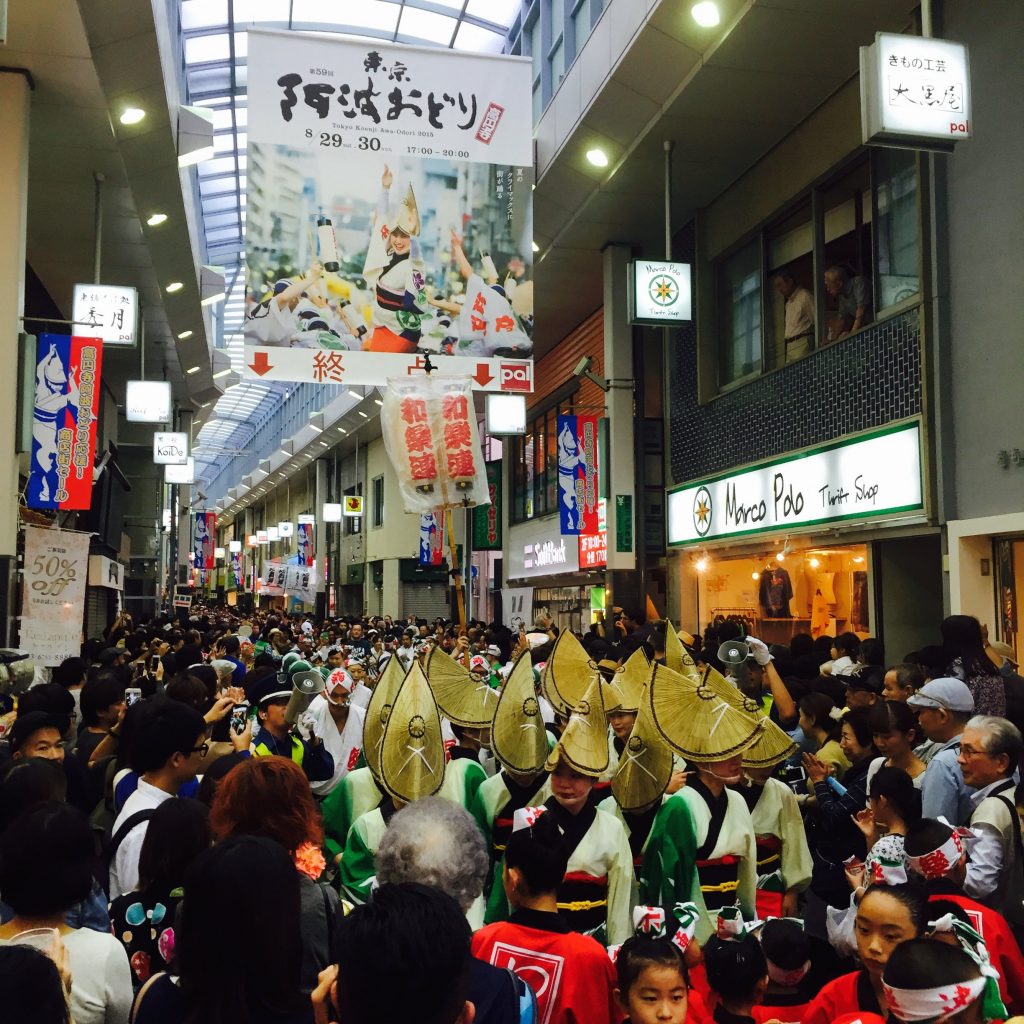 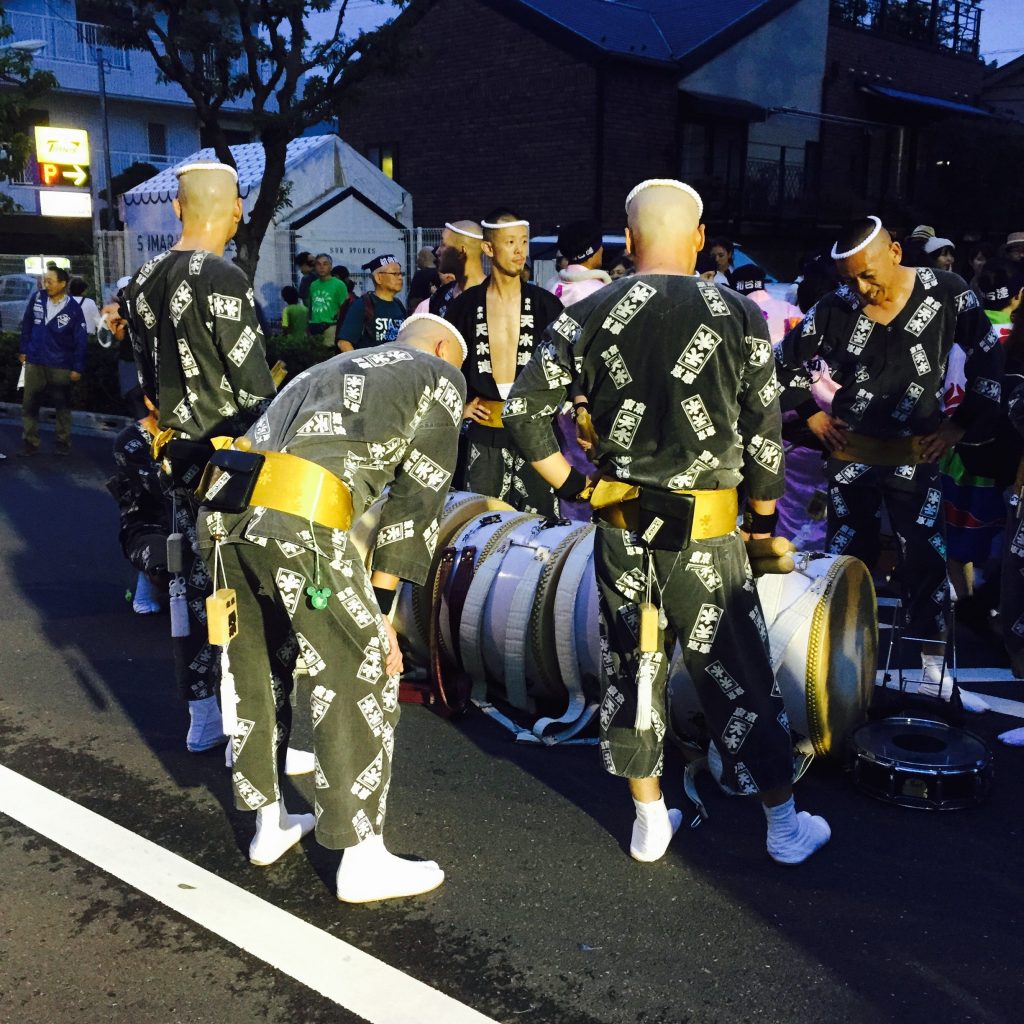 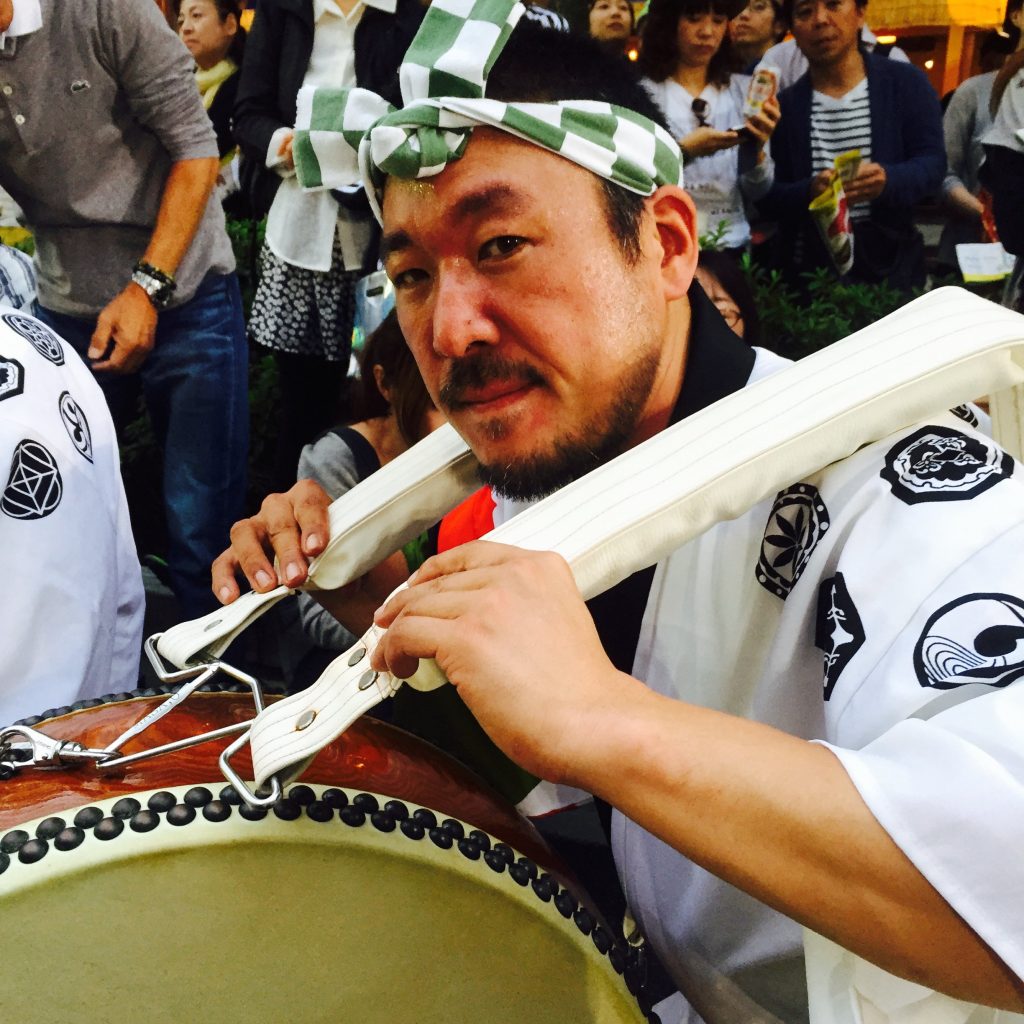 The good news is that if you live in Tokyo, you can join a ren. Indeed many of the rens have non-Japanese members. But keep in mind that you need to train with them regularly, once a week or every second week, somewhere in Koenji, throughout the year.

All rens are amazing, but there seem to be the biggest crowd and cheer for the Tensui Ren. Founded in 1985, they have over 40 members, faithfully supported by a large group of fans. Tensui drummers are particularly admired – watch their exhilarating drum performance below.

In the video (from 2014) above, the Tensui-ren dancers march in and the drummers slow down at 1:16. At 1:52 the crowd starts getting up and cheering as they know what is going to happen next – the roaring drum beat at 2:02.

Interested in seeing the festival? Come join them next year to celebrate their 60th anniversary. Watch this cool personal message from Mr. Hiroshi Sakamoto below, the leader of the Kasumi Ren, another very popular group. Watch a video how summer ends with fiery Koenji Awa-Odori Festival.