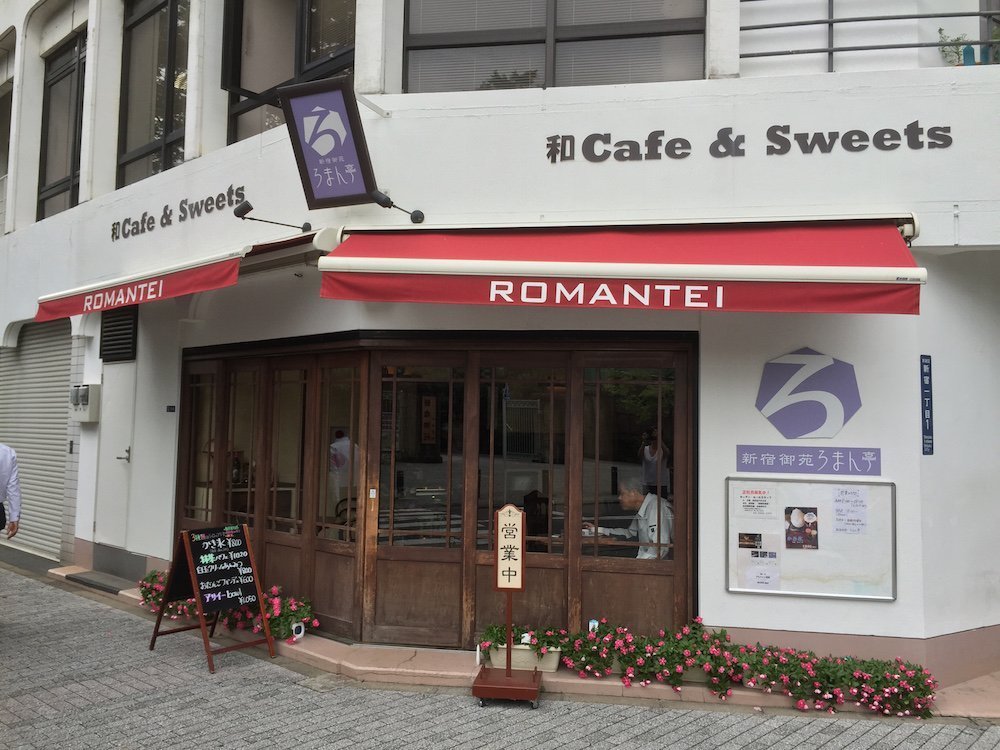 Roman-tei in Shinjuku Gyoen. It becomes an open terrace cafe during warm seasons.

Shinjuku is one of the most buzzing places in the world. But you might like to have some quiet in such a place. Where could you possibly do that? Try Shinjuku Gyoen Roman-tei, a cozy wa- (Japanese) cafe right across from the Gyoen National Park’s main gate. 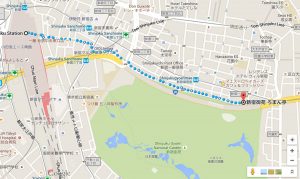 From Shinjuku station to Roman-tei. You can also ride Tokyo Metro and get off at Shinjuku Gyoen-mae Station and walk towards the park’s main gate.

It is already calming just to walk from JR Shinjuku Station towards Roman-tei – the street increasingly becomes quester along the Shinjuku Gyoen, with less and less people on the footpath. After a nice 15 to 20 minute stroll and passing some cool and upmarket cafes and shops, you’ll see the main gate (大木戸門) and Roman-tei emerges at the very corner.

Walking inside Roman-tei, it feels like we were back in the Taisho Period (1912-26). As its name already suggests, Roman-tei is all about “Taisho Roman”. It refers to cultural stylings that emerged during this period, and indeed Roman-tei has a romantic vintage feel. As you walk in, the first thing you notice is the three-seater velvet sofa that would have been a rare and expensive piece of furniture in the period. Don’t be shy and take that sofa if it’s available – it’s the most comfortable seat you can find in Shinjuku.

Roman-tei is well known for its Japanese wa- (Japanese) sweets menu. If you google “Great matcha sweets in Shinjuku”, Roman-tei pops up everywhere. According to one staff, who dressed just like a waiting person from the Taisho Period, their signature and most popular sweet is matcha parfait (1080 yen). If you order a dessert, you’ll get a drink for only 200 yen. 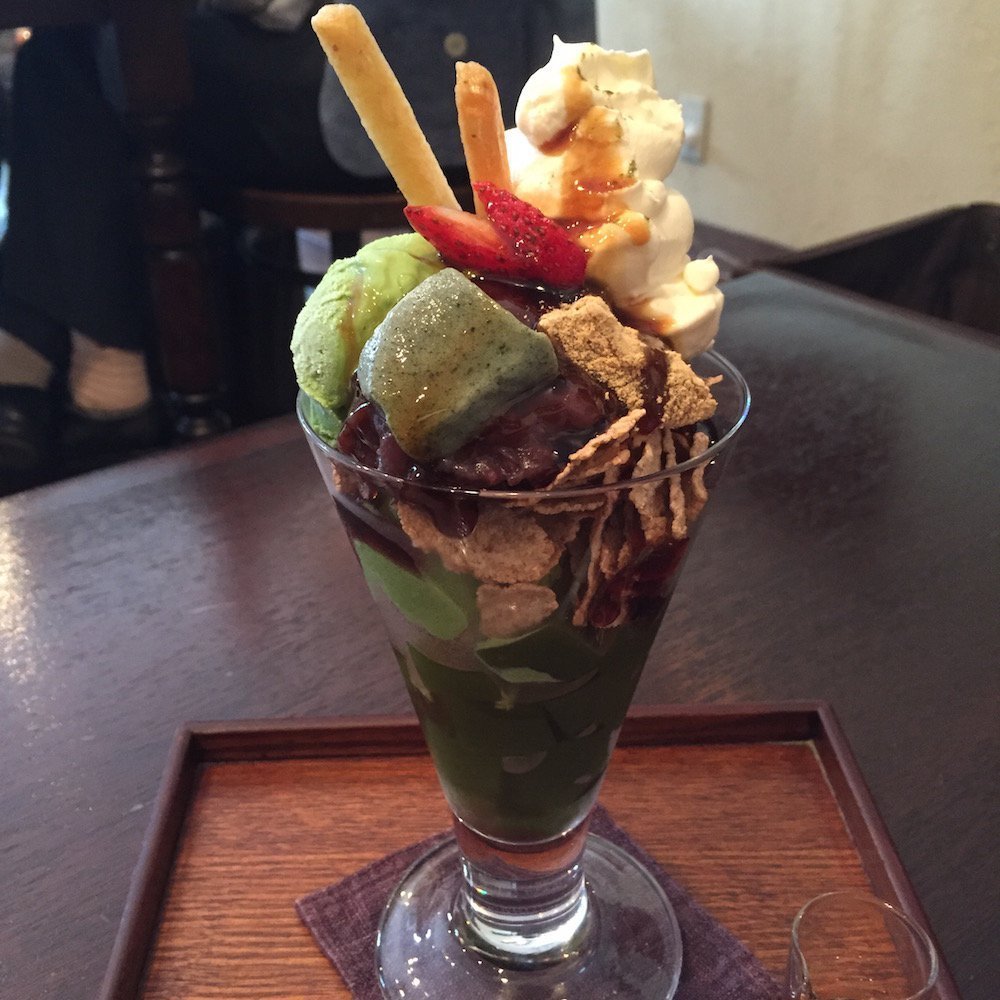 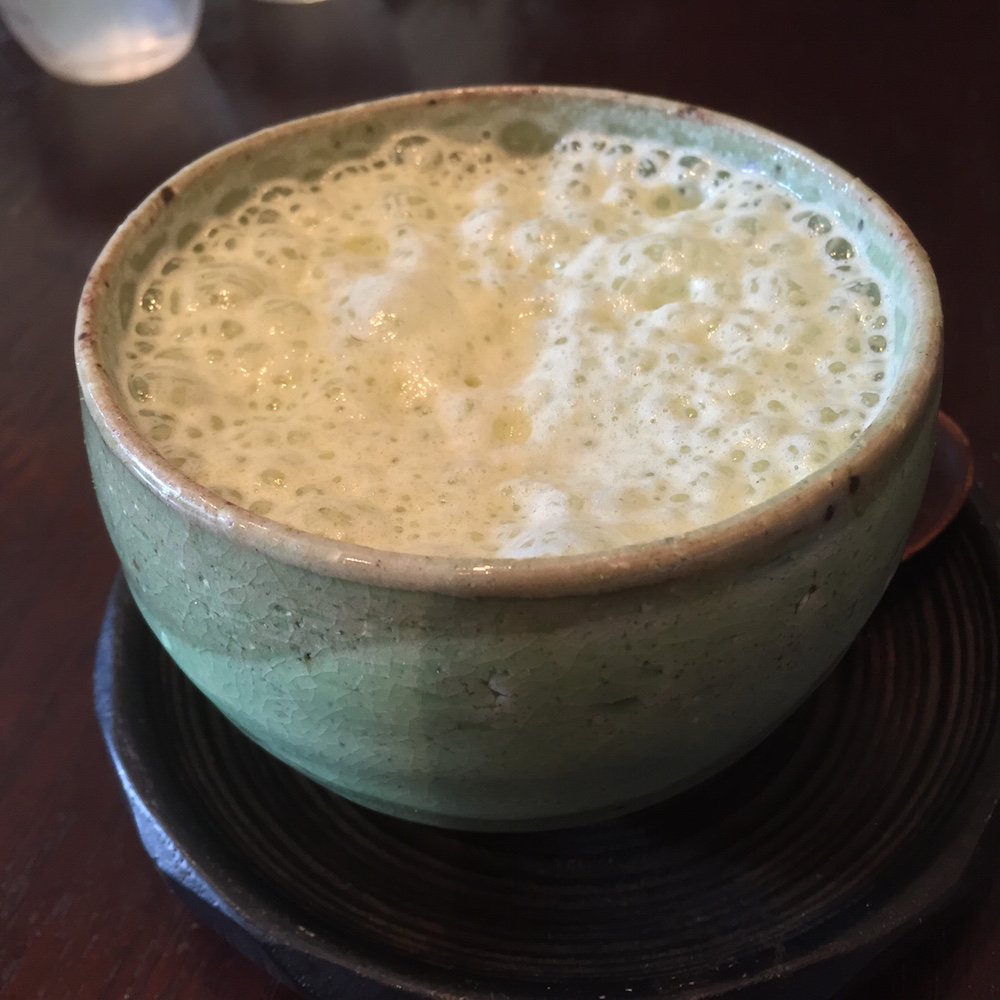 It is a cozy place, with nine or so wooden tables and the red velvet sofa. Many of the customers during our visit were sitting alone, reading a book or checking iPhone. No one was talking. Silence was broken only when a group of cheerful elderly women walked in, chatting earnestly that it was a great idea to go for a walk in Shinjuku Gyoen. You should do that, too, if you can spare an hour or so.

It is a great, calming place to have a break in this busy city. When you are there, try imaging the Taisho Period and what the Shinjuku Gyoen, once-a-shogun-and-an-imperial-property, was like at that time. Take your time and enjoy a time trip back to the period of Taisho Roman and matcha paradise in quieter Shinjuku. 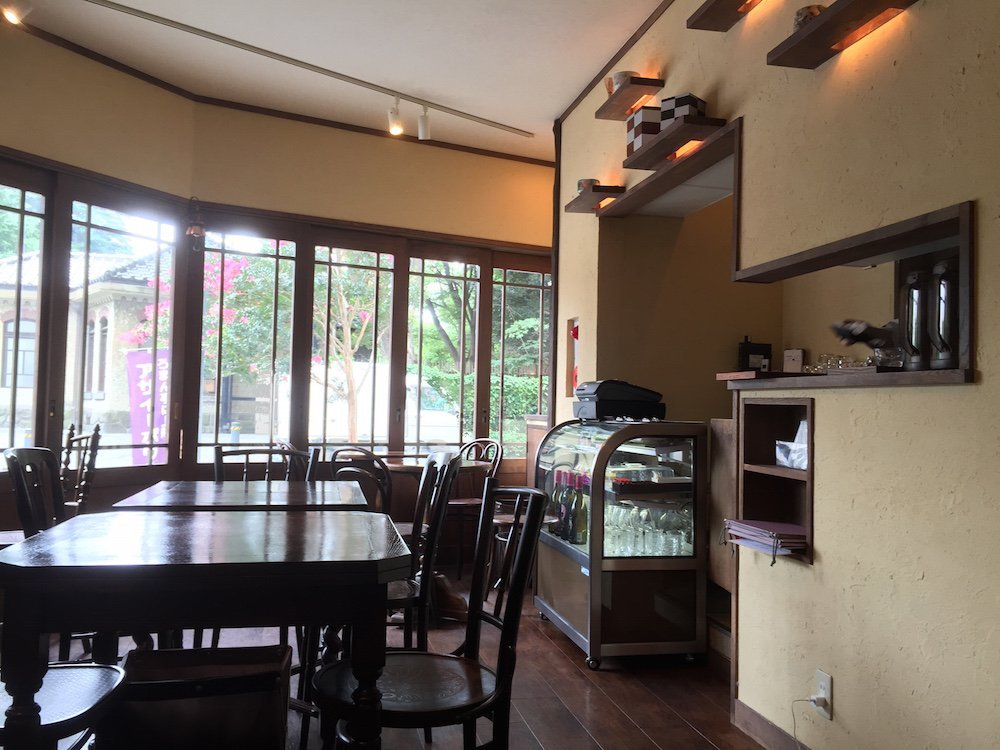 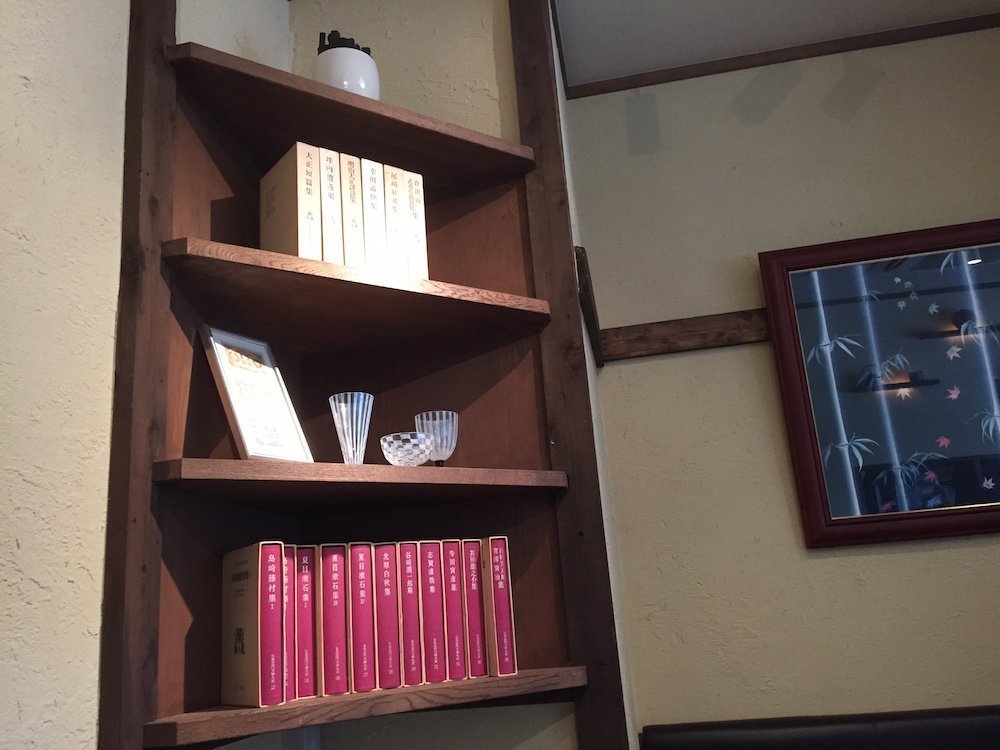 Some representative literatures from the Taisho Period 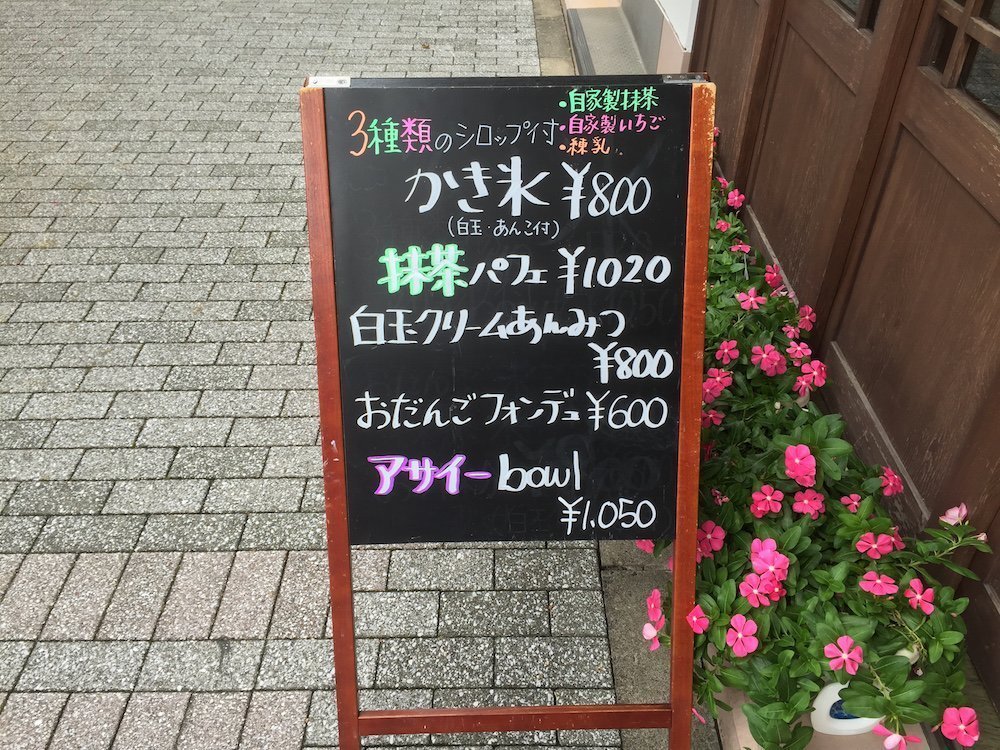 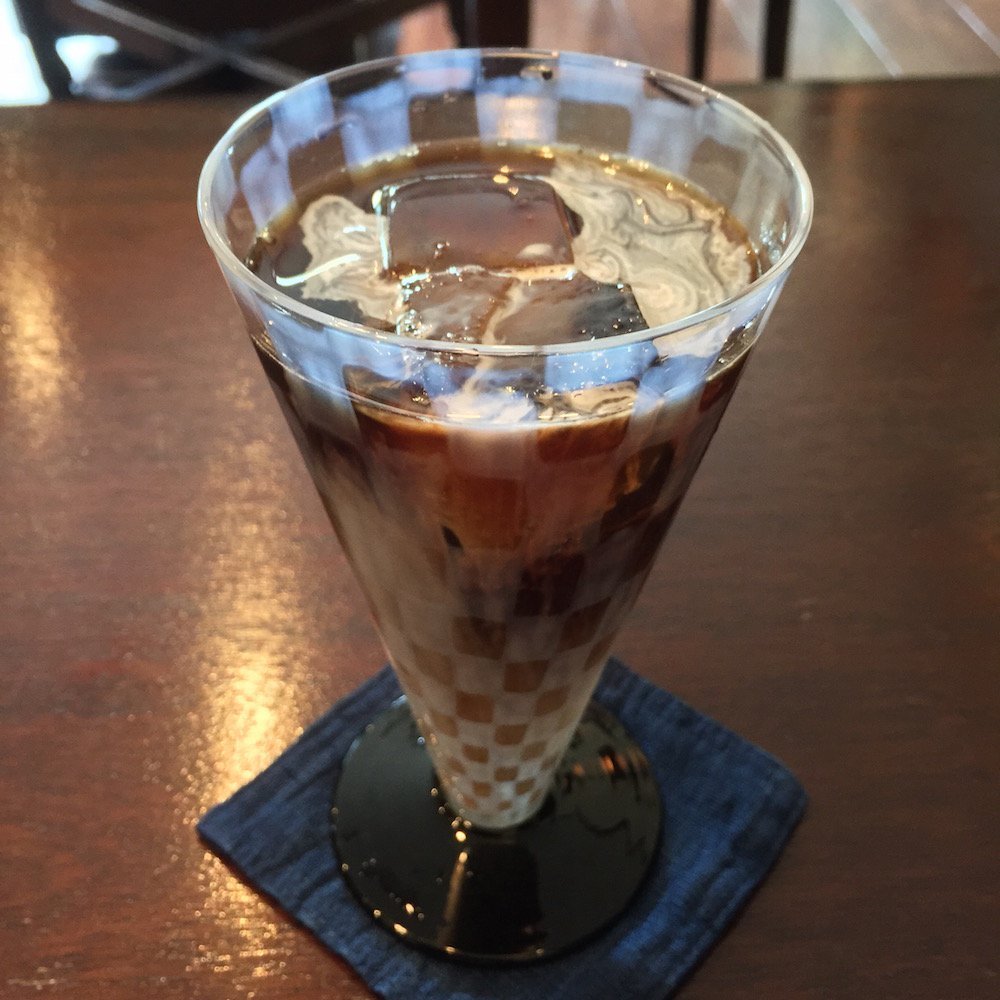 Iced coffee in a stylish glass and a wa-looking coaster 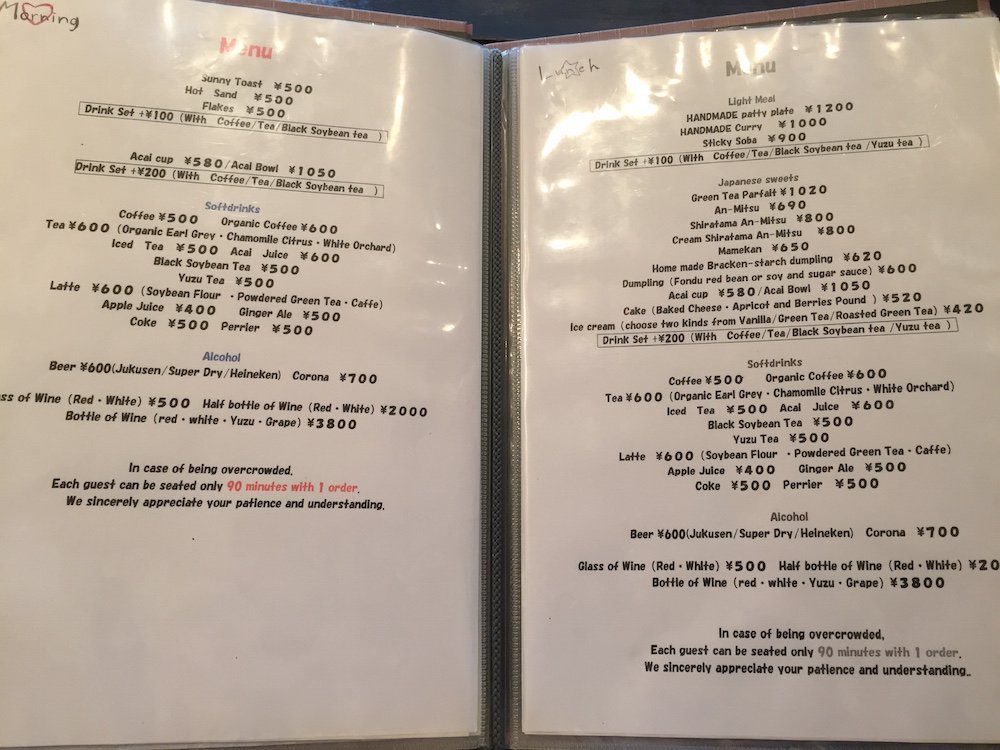