The Dark Side of the Tokyo 2020 Olympic Games

The first hiccup happened soon after wonning the bid to host the Tokyo 2020 Olympic Games. The then Tokyo governor Naoki Inose, who enormously contributed to winning the hosting rights, resigned from his position after admitting that he received 50 million yen from a scandal-hit hospital chain for a then upcoming election. While Inose insisted that it was a ‘personal loan’, he stepped down to avoid interfering preparations for the 2020 Tokyo Olympics. 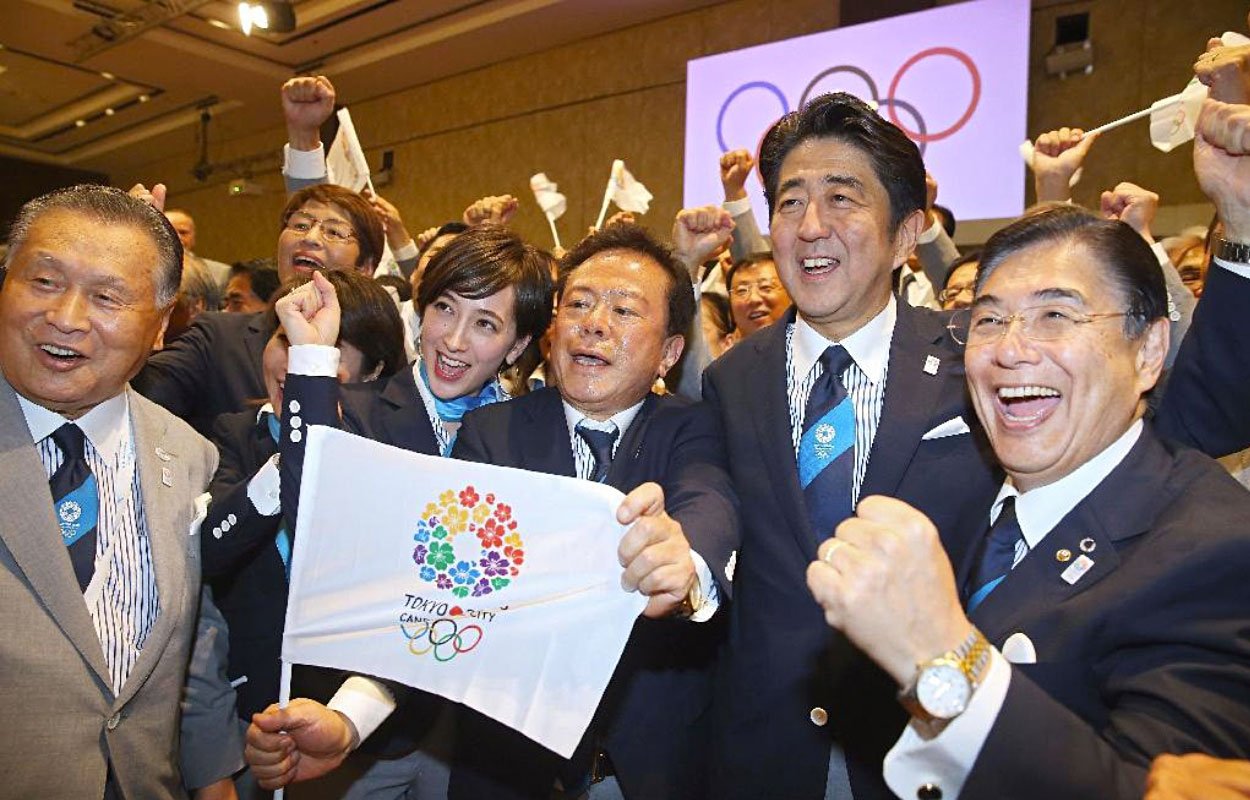 While his resignation did cost him his political life, the preparations for the 2020 Tokyo Olympic Games continued unhinged, until the three design-related blunders shocked the nation in mid 2015. 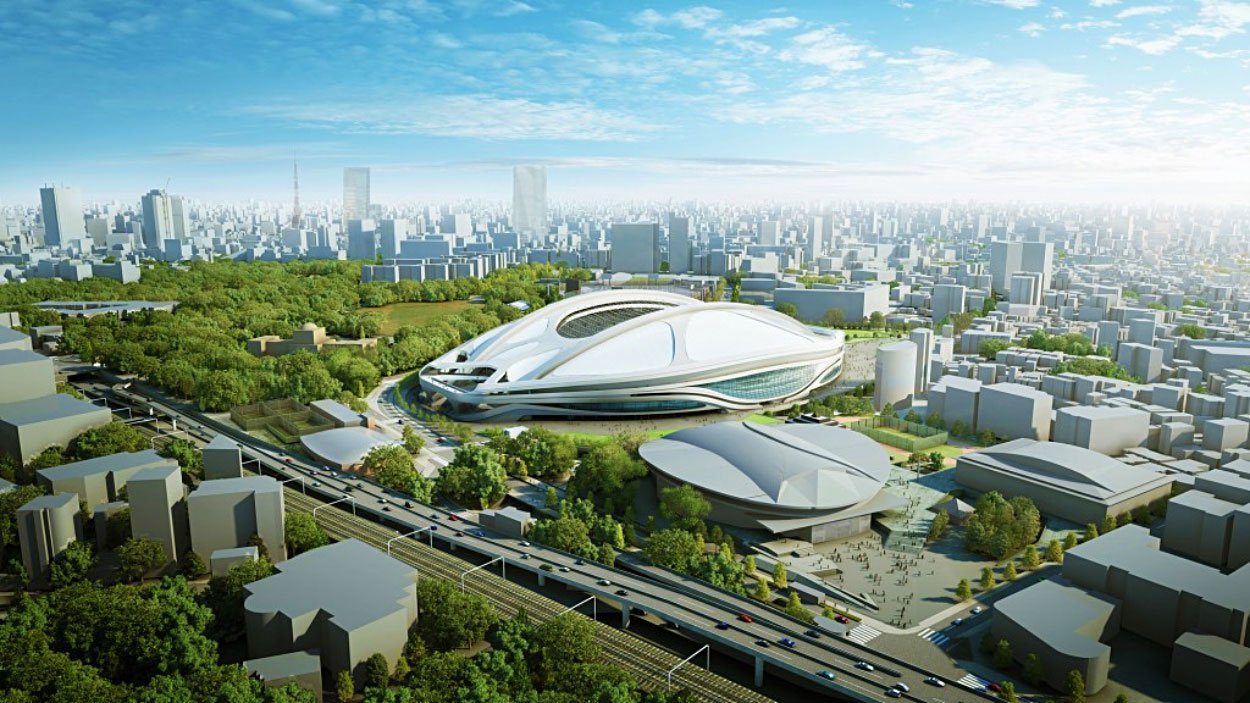 Building a main Olympic stadium is the priority task of any Olympic host city and country. But in July 2015, Japan scrapped their original plans for a new centerpiece stadium for the Tokyo 2020 Olympic Games.

To begin with, Iraqi-British architect Zaha Hadid’s design for the stadium was hugely unpopular among the Japanese (it was likened to a bicycle helmet). But more importantly, the design became the subject of fierce national debate, as the total cost of the project rose to 250 billion yen ($2.02 billion). On 17 July, prime minister Shinzo Abe finally announced the scrapping of the design.

But before the prime minister’s official announcement was made, former prime minister and the head of the Tokyo 2020 Olympic Games organising committee stated that he “hated” the ultramodern design of the new National Stadium. He defended the selection of the design by criticising the critics that it was not as expensive as it was made to sound. Many Japanese in turn criticised Mori’s statement, accusing him of being out of touch with public opinion and financial reality.

What followed was the game of passing bucks among olympic committee members. Finally one head rolled and it was that of Japan’s sports minister Hakubun Shimomura. He was a close ally of the prime minister, but he decided to resign by saying “I have caused great worry and trouble to many of the people over the national stadium problem.” 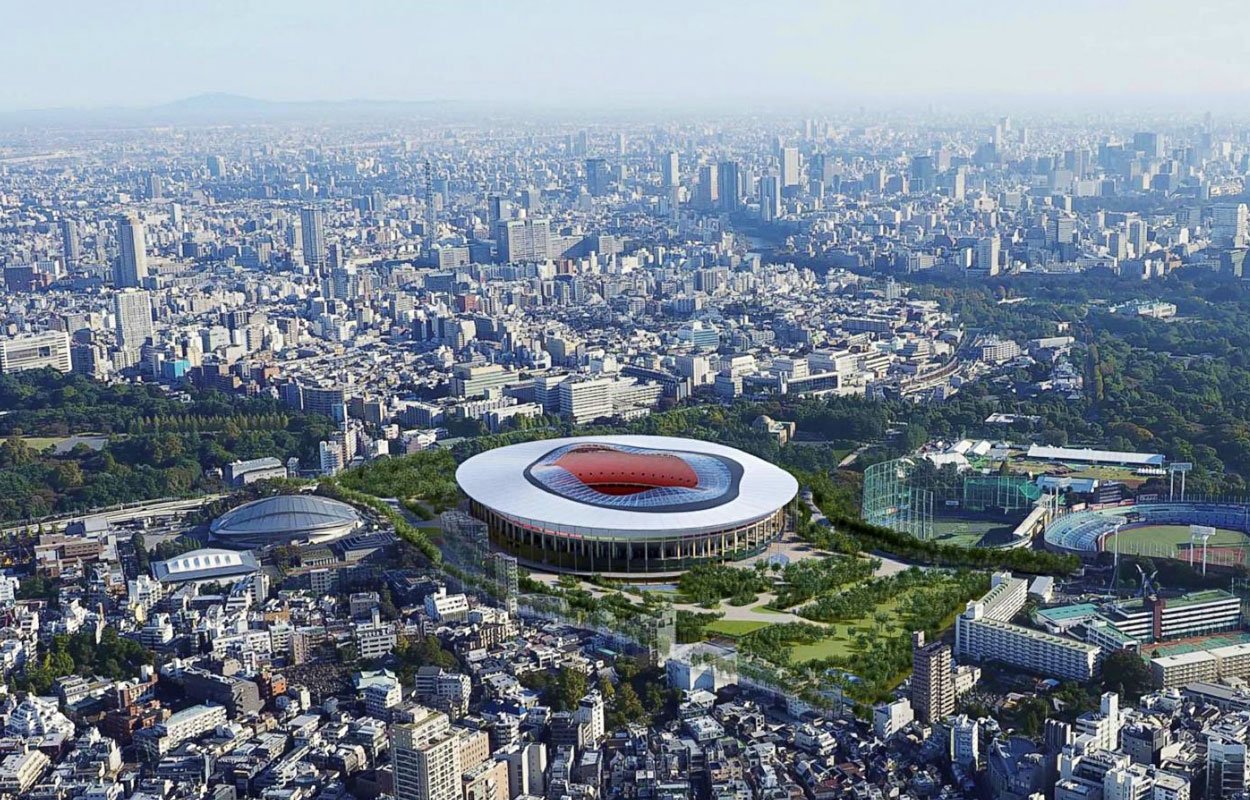 On Monday 14 December, the Japan Sports Council released the designs proposed by two groups of architects competing for the contract to build the new Tokyo Olympic stadium. One group is led by Kengo Kuma and the other by Toyoo Ito. The expected construction cost for design A is 153 billion yen, approximately 100 billion yen less than the original, while design B 153.7 billion yen. Both bidders plan to complete the construction in November 2019.

The JSC does not identify which group proposed which design, and the winner will be selected this month. 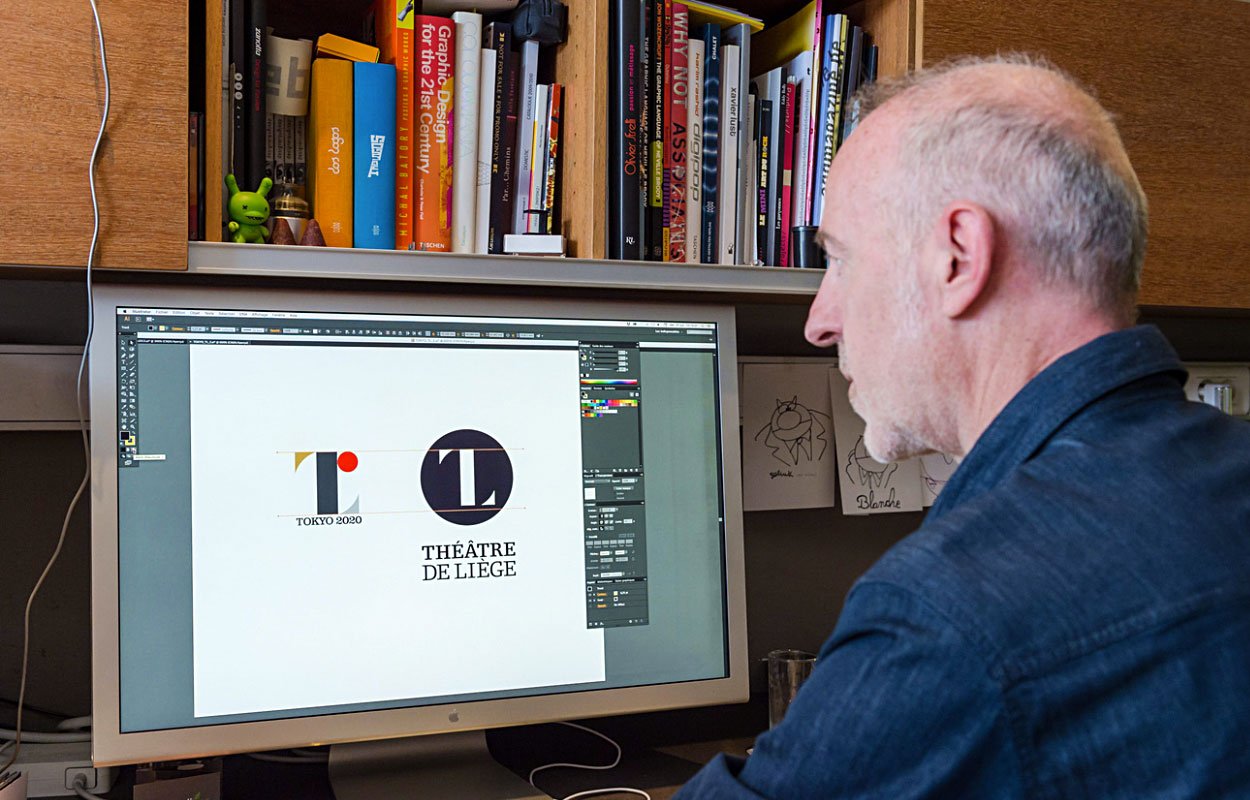 Having won the official logo design competition for the Tokyo 2020 Olympic Games, award winning graphic designer Kenjiro Sano unveiled the event’s emblem in July 2015. It quickly became controversial as Belgian designer Olivier Debie accused Sano of copying a logo he originally created in 2013 for the Théâtre de Liège. Sano insisted that the Belgian’s claim was groundless and the Tokyo 2020 Olympic Games Committee supported Sano, dismissing the accusation, too.

Amid the rising concerns regarding Sano’s alleged plagiarism, more accusations came from Japanese internet users, who found and posted the evidence online that Sano in fact used the third-party photos without getting a permission from the copyright holder. The Japanese internet users also revealed that the designs that Sano’s office used for items to be Suntory’s promotional campaign bag items were copied from other designs.

The beverage giant took down items that were accused of plagiarism and made a public apology, while Benn Zaricor, an American designer whose design was stolen for the Suntory bag, demanded an apology without success. In early September the organising committee for the 2020 Tokyo Olympics finally made the decision to scrap Sano’s design for the event’s logo. 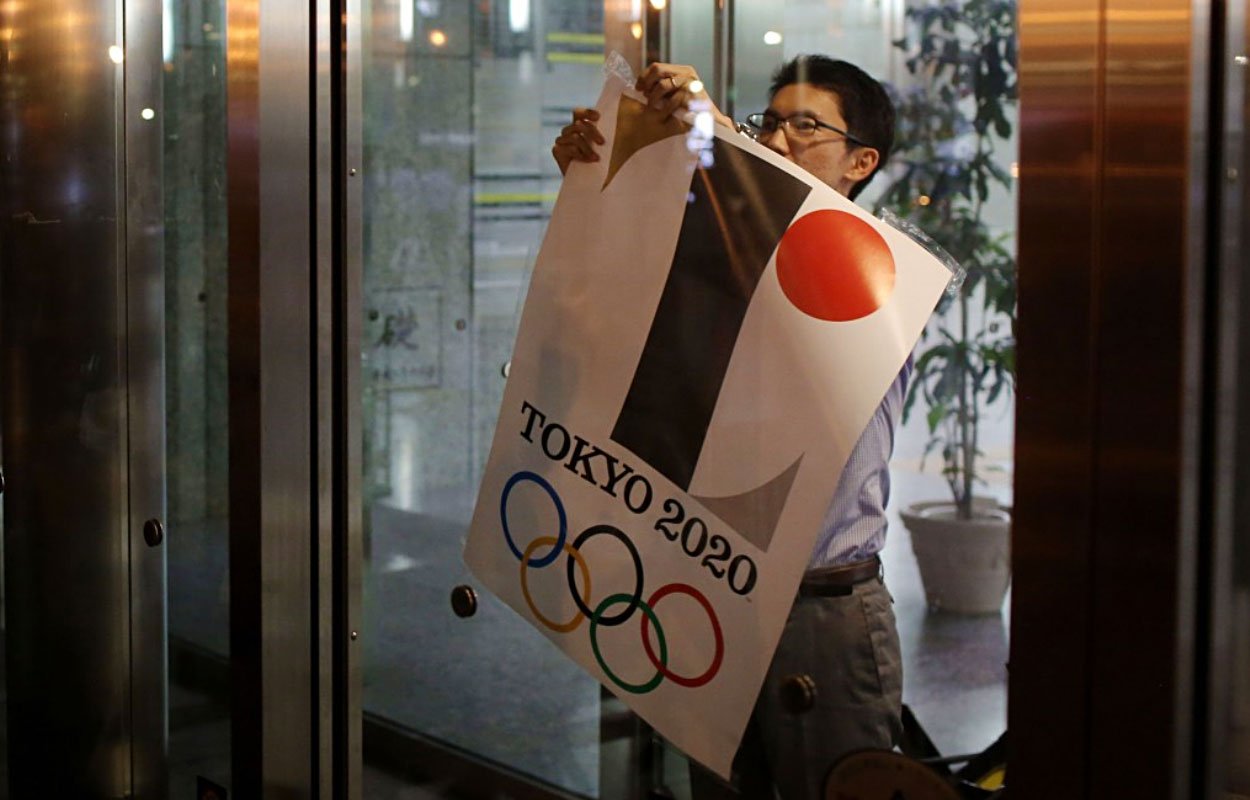 The Tokyo 2020 Olympic logo is being taken down at the Tokyo Goverment Building after the official announcement was made (Source: http://bit.ly/1I3cBvK)

After holding several emergency meetings to determine how to proceed, the organising committee formed the 2020 Tokyo Emblems Selection Committee, announcing the launch of the search for a new design. Unlike the first competition which was closed to only invited professional graphic designers with awards under their belt, the new competition for Tokyo 2020 Olimpic Games logo was open to public including foreign residents in Japan and design awards were not part of applicant’s’ eligibility.

Furthermore, while the judges at the first competition were almost all graphic designers (who were accused of personally favoring Sano), the new committee consists of members from much wider industries, including the Japanese baseball legend Sadaharu Oh and former tennis player Ai Sugiyama.

The application was open from 24 November to 7 December 2015 and attracted a whopping 14,599 applications. The winner will be announced in the early 2016. 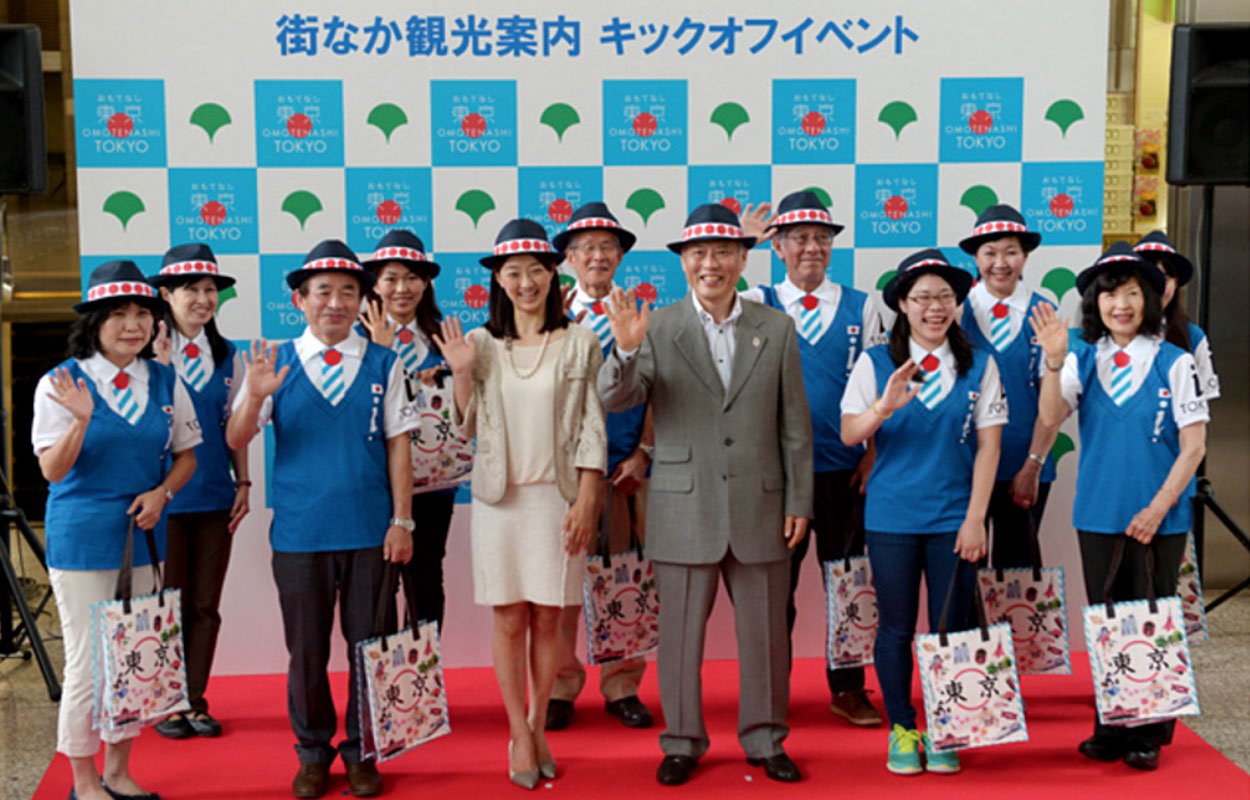 In the cyberspace, “unbelievably uncool!” is one of the most frequent comments about the Omotenashi uniform The Omotenashi (“hospitality”) uniform is worn by the group of official volunteer guides assisting foreign tourists in Tokyo. The idea for the uniform sprang in the mind of Tokyo governor Yoichi Masuzoe when he visited Korea and saw the Korean volunteers helping tourists in Seoul. Unfortunately the uniform design has been criticised as ‘uncool’, and to make the matter even worse, it’s been alleged that the Omotenashi uniform looks just like that of the patrolling guards at one of the imperial palaces in Korea. There is an ongoing call for the change of the ‘uncool’, allegedly copied uniform design.

The Bright Side of the Tokyo 2020 Olympics

Before ending this post on the dark side of the Tokyo 2020 Olympic Games, let me remind our dear readers not to worry and remember one thing – Tokyo did pull off a very, very successful summer Olympic Games in the summer of 1964. After all, the City won the rights to host the 2020 Olympic Games thanks to their past success and the existing building infrastructure from the previous games.

No matter what has happened so far, Tokyo will no doubt prevail and stage another successful games in the end. We shall look on the bright side in the next post. 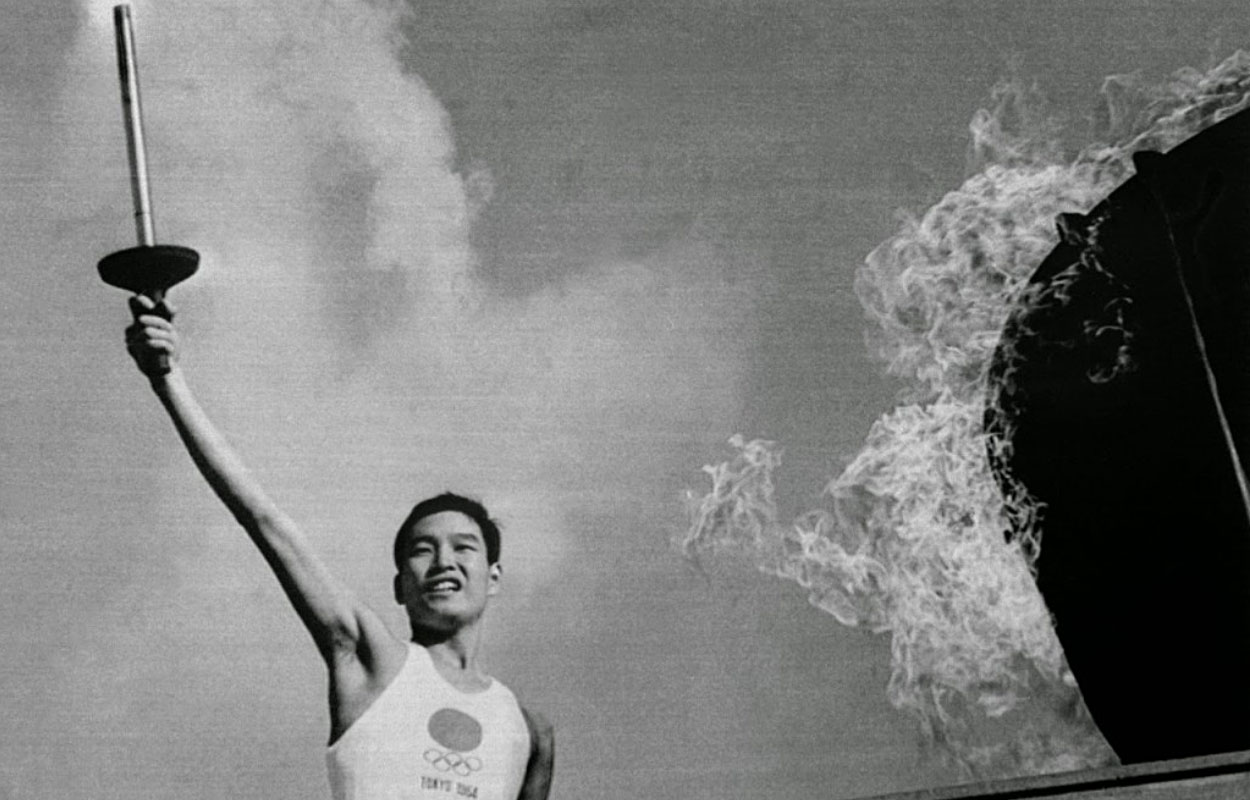