Where to Live in Tokyo Kichijoji vs. Kitasenju

By Takaski14 February 2022Places
No Comments

Where to live in Tokyo

This year Tokyo was chosen as the world’s most livable city by the British magazine Monocle. While this is a great honor, it falls short to point out which part of Tokyo is the best place to live in. Do you want to know where to live in Tokyo? To talk about this, though, we first need to understand where Tokyo is. This might sound funny, but Tokyo is really more complex and diverse than Shinjuku and Asakusa. Where to Live in Tokyo Kichijoji vs. Kitasenju. 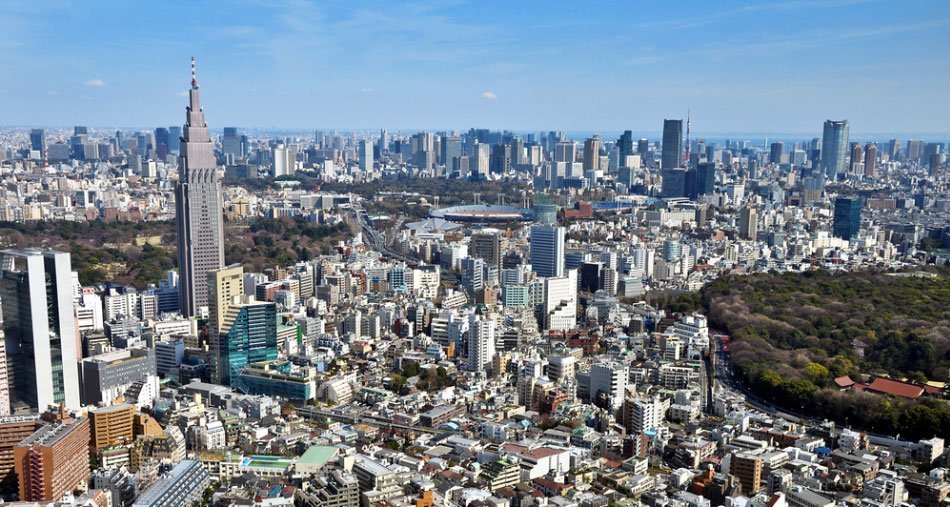 In everyday English, Tokyo is refereed to as a single city. But technically, Tokyo is administered by the Tokyo Metropolitan Government, and is composed of (1) 23 special municipalities or wards (or tokubetsu ku in Japanese) that make up the most populous part of Tokyo, (2) 39 municipalities in the western part of the prefecture and (3) the two outlying beautiful island chains. The 39 municipalities consist of 26 cities, 5 towns (“cho” in Japanese) and 8 villages (“mura”).

People who live in Tokyo are called “Tokyo Tomin” or simply “Tomin”. The populatino of Tomin is estimated to be 13,482,040（as of September 2015), making it the most populous prefecture in Japan and over 10% of all residents of Japan live within Tokyo.

Then there is the Greater Tokyo Area, which covers 13,500 km² (5,200 mi²). The area consists of the Kanto region of Japan, including the Tokyo Metropolis as well as Yamanashi Prefecture. The Japanese refer to this area as National Capital Region or Shuto-ken (首都圏). The 2015 estimated population is 38,001,018, which means that the Shuto-ken hosts more people than the countries of Canada or Iraq. The Shuto-ken also has the world’s largest metropolitan economy, with the total GDP of an approximately whopping US$1.9 trillion.

All these facts above make it extremely difficult to say where to live in Tokyo? It also depends on multiple lifestyle factors and personal preferences such as the location of your work, your salary, your family structure (single, married or with children), your hobbies and so on. Well then, let’s have a look at which part of the Greater Tokyo Area the Japanese people want to live in.

Since 2011, Recruit has been asking residents of Tokyo, Kanagawa, Saitama, Chiba and Ibaraki of the Kanto Area where they most desire to live in. This year’s top ten most desired places to live were dominated by areas within the Tokyo Metropolis:

Kichijoji’s popularity is almost unshakable. It’s kept its crown as the most desired place to live since the beginning of the survey back in 2011, scoring a wider lead from the second place Ebisu than 2014. 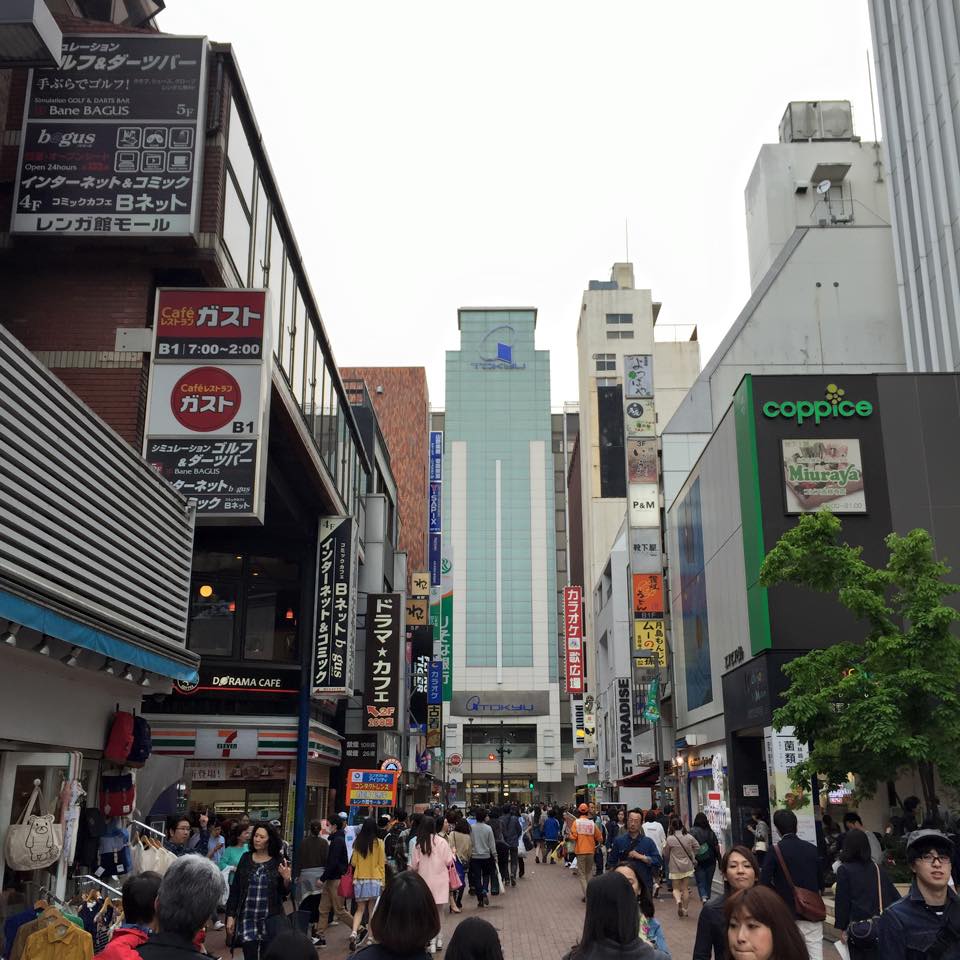 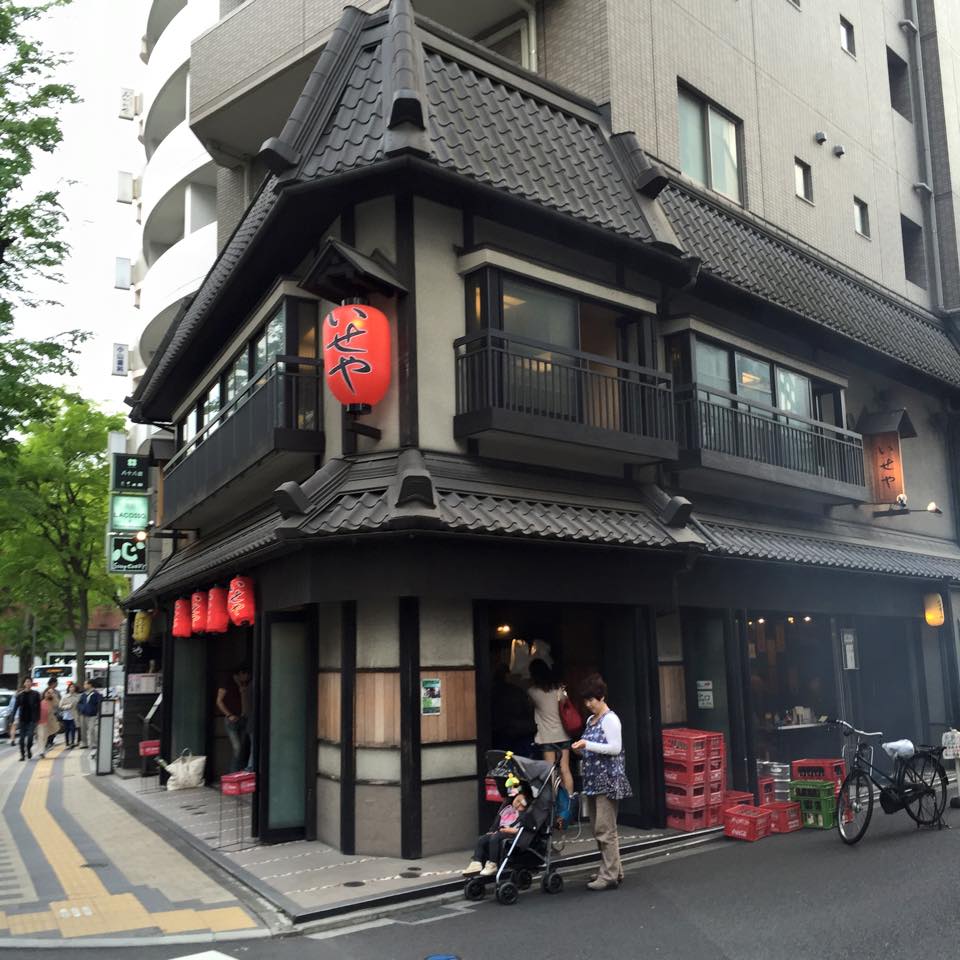 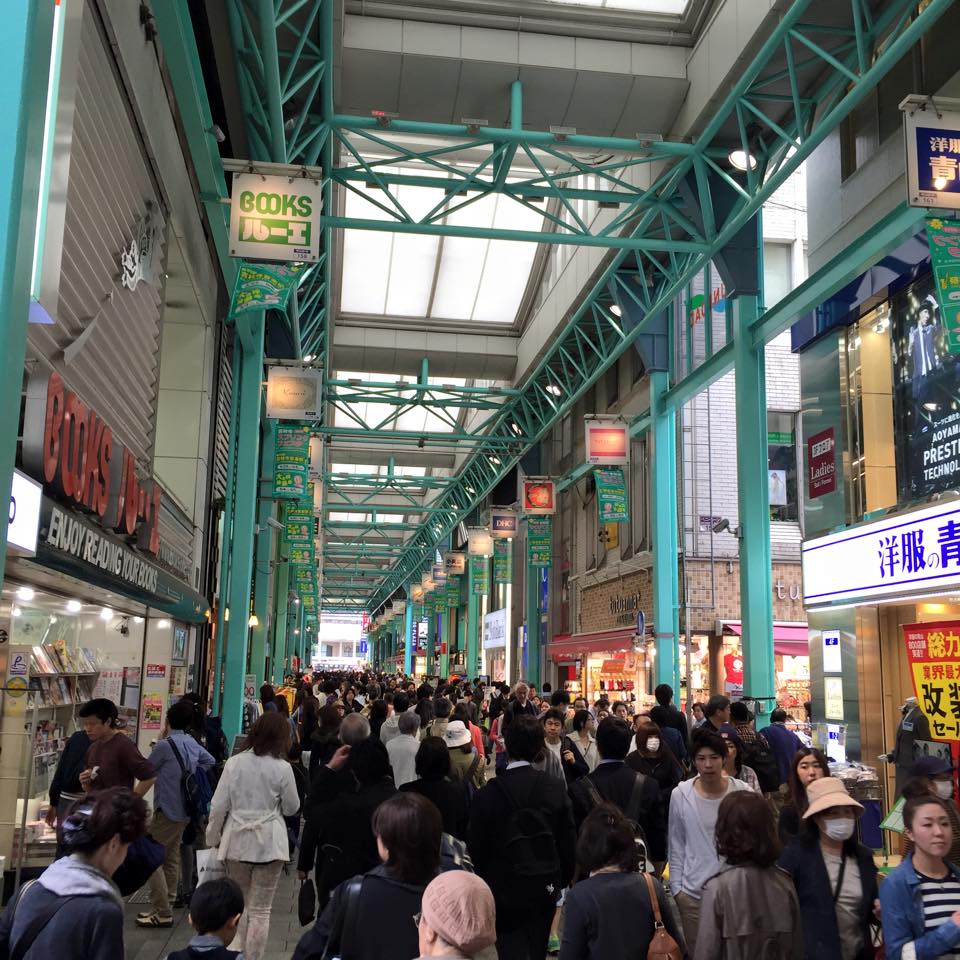 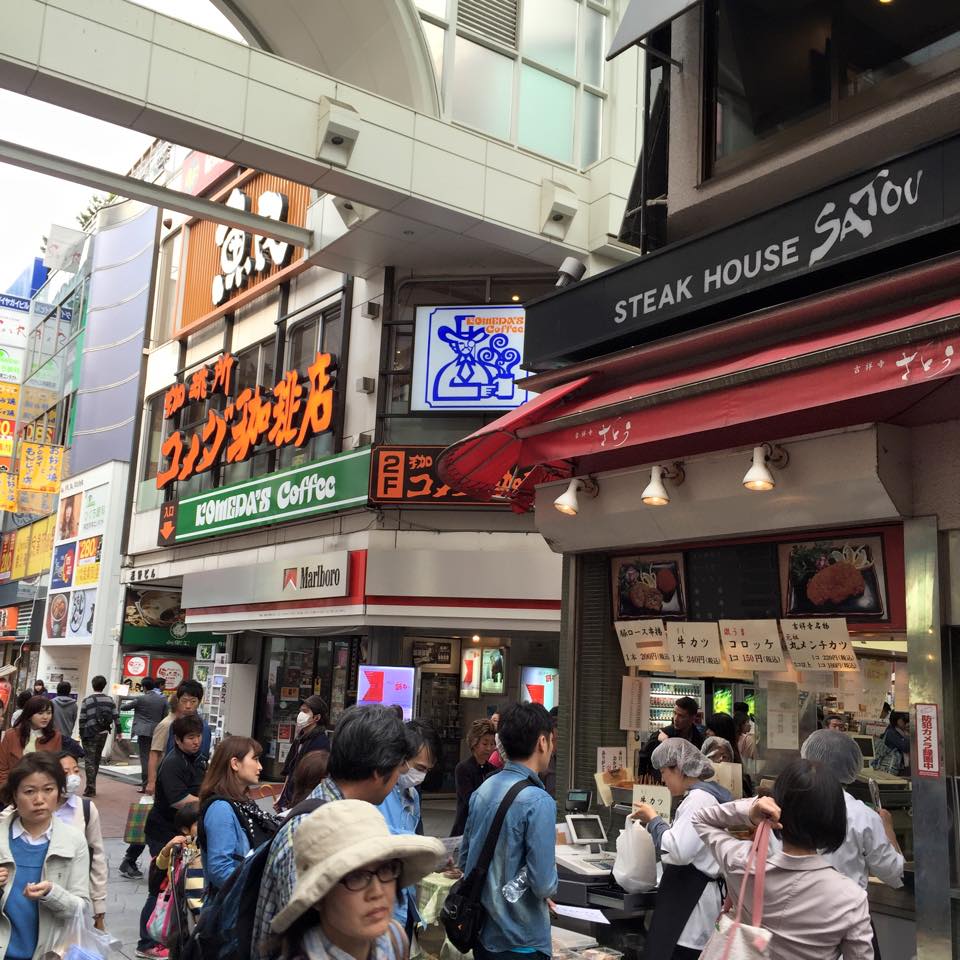 Kichijoji is not located within the prestigious 23 wards, but in the Musashino City of Tokyo. The travelling time from JR Kichijoji Station to JR Shinjuku Station is only 16 minutes on the Chuo Line, which connects between Lake Kawaguchi (Yamanashi Prefecture) and Tokyo Station. Kichijoji is also a terminal station of the Keio Inogashira Line from Shibuya.

Kichijoji town was established in 1664, and today the northern area is dominated by Sun Street, a covered shopping street, aka ‘shoten-gai’ in Japanese that includes various shops, cafes, restaurants and other types of businesses. It is one of the most vibrant shotengai in the entire country, also hosting some buddhist temple and Shinto shrines. The east and south of the station has a different face dominated by nightlife entertainment businesses, such as love hotels, bars and restaurants.

In addition to the buzzling areas of the shoten-gai in north and entertainment in east and south, Kichijoji boasts one of the most beloved parks in Japan – Inogashira Koen. It is officially selected as one of the best places to view sakura cherry blossom in spring and the vibrant changing colors of leaves in autumn. 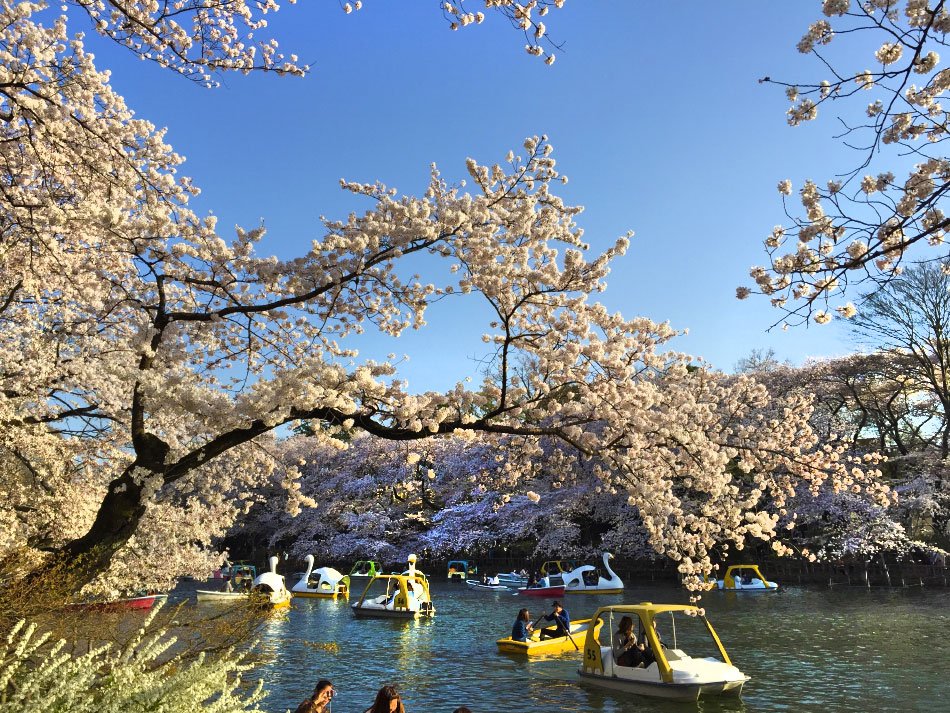 Sakura at the inogashira koen

Having the fame of the most desired area to live in also makes Kichijoji an increasingly expensive place to live. Interestingly, another survey was conducted to find out the most livable area within a 10 minute ride to a terminal station, where life is made convenient by low living cost. Kitasenju was selected the most livable town and the hidden gem of Tokyo. 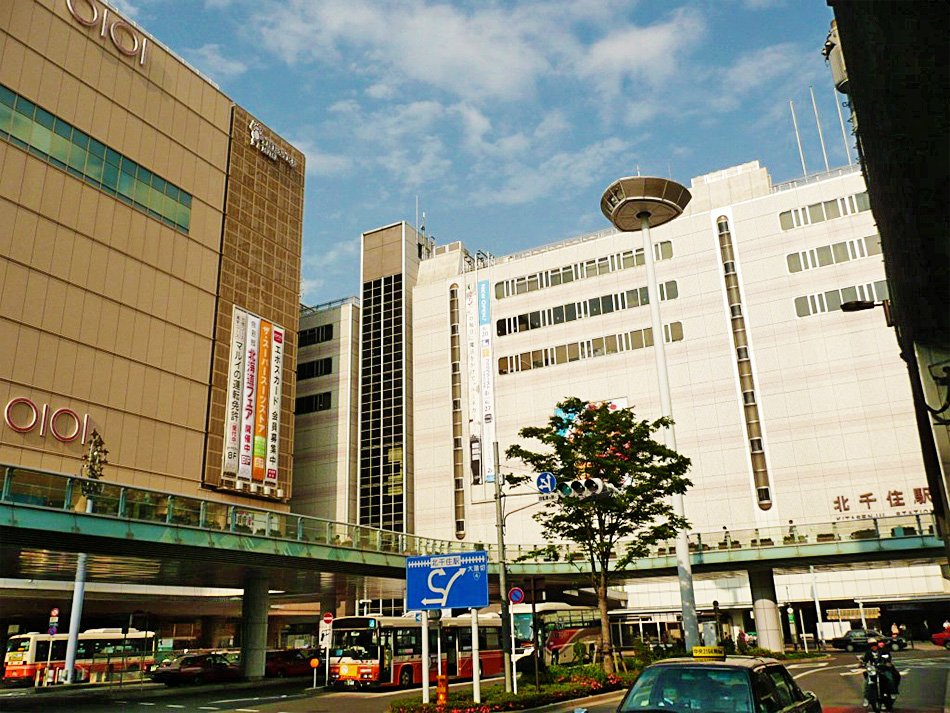 LUMINE and Marui at Kitasenju Station

Kitasenju is located in Adachi-ku, one of Tokyo’s 23 wards. The population of Adachi-ku is 678,442, of which 25,319 are foreign residents. Adachi-ku, including Kitasenju, has had a bad reputation as a dangerous area. Here, remember that Japanese people’s perception of ‘dangerous’ is different from what’s considered in other countries.

The image of Kitasenju, however, has been improving over years, thanks to new businesses and university campuses in the vicinity. The town has the traditional shoten-gai shopping streets as well as new shopping centers such as 10-storey LUMINE, Marui, Tokyu Hands, Seijo Ishii (within LUMINE) and discount stores including the Price and Ito Yokado.

There are several old and new university campuses located near the station and the increasingly presence of students during the day is making the area more vibrant and significantly improving its image.

A 15 minute walk from Kitasenju Station takes you to the famous river, Arakawa. Arakawa was heavily featured in a popular TV drama series, “Kinpachi Sensei (Teacher Kinpachi)”, in the 1980s and the river is associated with it to date.

In comparing the two top areas, renting is much cheaper in Kitasenju than Kichijoji, while Kichijoji is much more prestigious than the other. Kichijoji is closer to Shinjuku (16 minutes) than Kitasenju (30 minutes), but the latter has more intersecting lines (5 lines) than the former (2 lines). Adachi-ku has produced one of the best Japanese comedians Beat Takeshi or internationally acclaimed movie director Takeshi Kitano, while Kichijoji boasts the world famous Ghibli Museum.

Do you know where to live in Tokyo? Which area would you consider living in?